« On the Visual Thesaurus: What Happened to Rhyme in Advertising? | Main | Name in the News: El Paso Chihuahuas »

UrbanDaddy is a “lifestyle title” in the UrbanDaddy Enterprises media company; it publishes news and tips about food and drink, entertainment, style, gear, and travel. (Another UrbanDaddy publication, Kempt, specializes in men’s style. Love that name.) 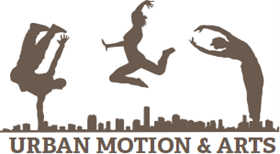 This is “urban” in the “racial minority” sense, mostly.

Urban Zen is a philosophy of living by Donna Karan. It is the calm in the chaos of life. A way of giving. An effortless dance of emotion, personality and lifestyle. Timeless. Seasonless. Endlessly expressive. A connection of mind, body and spirit. Touched and inspired by cultures and craftsmen from around the world.

It’s not just about the spendy tchotchkes: Urban Zen is also “a public charity dedicated to promoting well-being, empowering children and preserving cultures.”

(For more Zen brand names, see my Pinterest board.)

Urban Air Market is “a curated marketplace for sustainable design”; it calls itself “the largest independent outdoor design show in the country.” I like the slight open/urban pun. It’s been taking place in various San Francisco neighborhoods since 2003; the next one is October 12 in the Lower Haight. 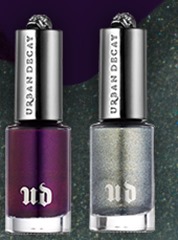 Urban Shelf designs and sells one thing: a plastic side table that slides between sofa cushions or under a mattress. 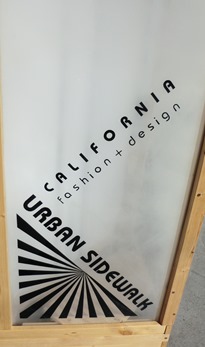 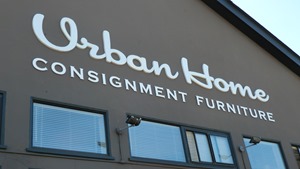 During a recent (very successful, I might add) shopping trip to Urban Home Consignment Furniture, I was told that the store would soon be changing its name under pressure from Urban Home, a chain of six furniture stores in Southern California that may have plans for a northward expansion. 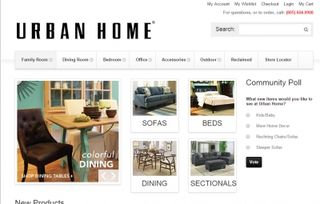 Urban Furniture, on Grand Avenue in Oakland, is a thrift-store outlet for Urban University, which trains low-income single parents to enter or re-enter the workforce. 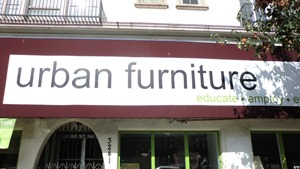 The store is a few blocks from Urban Motion & Arts, but is unrelated.

Urban Indigo, a gift store on Lakeshore Avenue in Oakland, not far from Urban Furniture and Urban Motion & Arts. 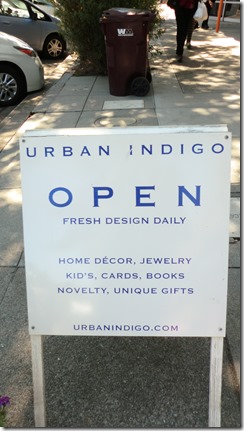 Speaking of gardens, and San Francisco, Urban Farmgirls (or FarmGirls; they’re inconsistent about this and many other spellings) will design yours and maintain it, too. They specialize in “earth-friendly alternative garden solutions.”

Love the logo. Wish they’d hire a proofreader for their website. (Try reading this page and you’ll see what I mean.) 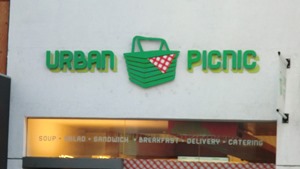 Urban Barn is a chain of furniture stores based in Burnaby, British Columbia, with 40 stores across Canada. 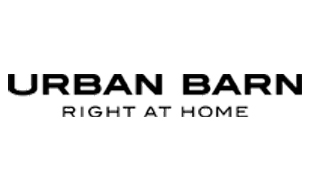 From the About Us page: “The Urban Barn name came from the look of one of our original stores, which boasted rustic wooden floors and doors that were reminiscent of an old barn.”

You’d be excused for thinking Urban Barn is a division of Pottery Barn, but it isn’t. Urban Barn is headquartered in Burnaby, British Columbia; Pottery Barn, which like Urban Barn sells furniture and home décor—and has stores in four Canadian provinces—is based in San Francisco. Confusing? Yes.

Urban Island is a consignment furniture store in Alameda, California. Alameda is indeed an island, but you’d have to squint hard to see it as “urban.” 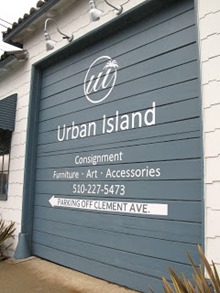 Photo via Irene from Alameda, who writes: “Technically, Alameda didn't start as an island, but the estuary was dredged as early as 1853 for ferries and later in 1901 as a shipping lane.”

Urban Ore, founded in Berkeley in 1980, is the Bay Area’s ur-Urban. 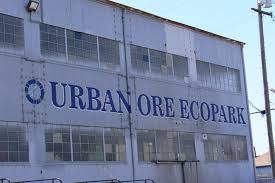 Originally a scavenger operation, the company added a general store and today sells a boggling number and variety of recycled building materials (three aisles of doors!), household goods, and arts and crafts equipment. I like the tagline, “To End the Age of Waste”: It’s lofty in a good way. And I’ve always thought “Urban Ore” was a terrific name, evoking as it does the California Gold Rush and the mining of everyday materials. (“Ore” is exactly the right pithy metaphor for our excesses.) Too bad the glut of “Urban” names in the Bay Area threatens to overshadow the powerful perfection of Urban Ore.

I know I’ve only scratched the surface. I’ll continue down the Urban trail with this Yelp list (thanks, Angela!). Meanwhile, please add your own Urban sightings in the comments section.

there's an Urban Eyes in San Francisco too -- in the Castro, to be exact. No idea how long they've been around, but I've been going there for a few years.
http://urbaneyessf.com/