« What Does Urban Mean in Brand Names? | Main | Word of the Week: Demised »

Grant Barrett, co-host of public radio’s “A Way with Words,” alerted me to a new name that’s provoking howls among some baseball fans: the El Paso Chihuahuas. 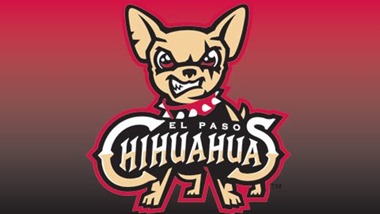 The team is the Triple-A affiliate of the San Diego Padres; under new ownership by the MountainStar Sports Group, the team is moving to El Paso in 2014 after three seasons as the Tucson Padres.

The “Chihuahuas” name was chosen in a fan contest. According to the MiLB (Minor League Baseball) website:

The smallest of the world’s dog breeds was chosen over four other finalists in a “Name The Team” contest that garnered over 5,000 submissions, triumphing over Aardvarks, Buckaroos, Desert Gators and Sun Dogs. …

El Paso general manager Brad Taylor said Chihuahuas was chosen as the team name because they “represent fun and are fiercely loyal.” The region’s fans were able to submit names through the team’s website. The list was narrowed based on creativity, marketability, fun, relevance to El Paso’s unique character and the ability to trademark the name.

¡Ay, chihuahua! Just because they crowdsourced the name doesn’t mean the whole crowd approves. “What a complete slap in the face to all of us El Pasoans!!!” lamented Scott Ziegler in a comment to the MiLB article. “#Padres must be thinking it will motivate players to get to the Majors quickly,” tweet-snorted Kenneth Dame. As of yesterday afternoon, more than 8,000 people had signed a Change.org petition asking MountainStar Sports Group to “not only strongly reconsider the name of our city's baseball team, but allow our taxpayers to vote on the final name, not just simply ‘recommend’ ideas for the name.”

Well, you know how I feel about mob rule democracy in creative decisions.

Not all of the response has been negative, the San Diego U-T reported. Consider this tweet from Chihuahuas broadcaster Tim Hagerty:

It took the Tucson Padres three years to get 10,000 Facebook likes. It took the El Paso Chihuahuas 20 hours.

Here’s my own dos pesos: A polarizing name—even a negative name—can make a strong brand. And “Chihuahuas” scores well compared to some other baseball-team names. Padres? Sexist and faithist! Indians? Racist! Two major-league teams are named for socks. Socks! (I do, however, tip my cap to the Amsterdam-Gloversville-Johnstown Hyphens.) By contrast, the association of Chihuahuas with “small and feisty”—feisty comes from feist, “a small, belligerent dog”—seems appropriate and engaging. 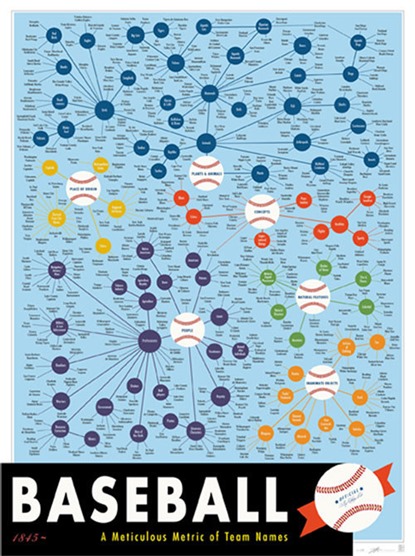 “A Meticulous Metric of Team Names.” Embiggen (and order the poster.)

Then there’s the international-friendship potential: Why couldn’t the city of Chihuahua, Mexico, name its baseball team the El Pasos?

And for you brand nostalgists, just imagine: the advent of the Chihuahuas could portend the resurrection of the Taco Bell chihuahua of blessed memory (1997-2000).

Posted at 07:00 AM in Animals, Crowdsourcing, Mascot, Names in the News, Naming, Nicknames, Sports | Permalink

Chihuahuas have no idea that they're Small Dogs: they will take on anything that looks like a threat, even if that anything is five times their size. I think it's a swell name.

Another team in the Padres system, the Lake Elsinore Storm, at one time adopted the horrible new name "Anaheim / Los Angeles / San Diego Storm of Lake Elsinore". This was supposed to be good for business. I don't know when they changed it back. http://oursportscentral.com/services/releases/?id=3140924

Hyphens. I just love it.

Can't be any worse than the Mexican hairless dog, i.e., Xoloitzcuintle, the mascot of the perfectly reputable Tijuana football (soccer) team. See http://en.wikipedia.org/wiki/Club_Tijuana.