Death Week continues with an odd, quasi-religious product-name pun: Shroud of Purrin, used by Nau International, Inc., for a line of waterproof outerwear. The name is a play on Shroud of Turin, believed by some people to be Jesus’ burial cloth, which has been on display at the cathedral in Turin, Italy, since 1578.

Nau’s Shroud of Purrin jackets look neither funereal nor otherworldly. 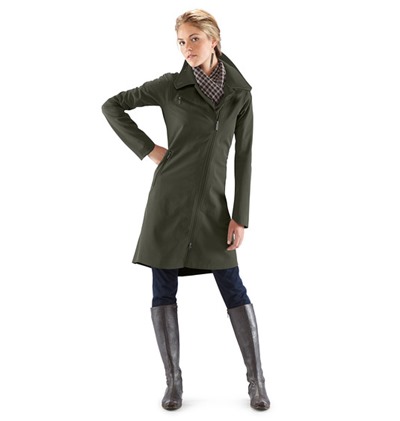 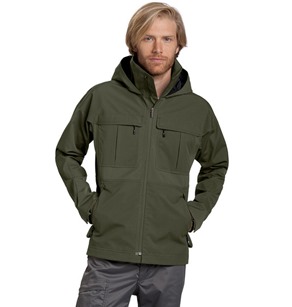 But “shroud” has meant “burial cloth” since the mid-16th century—just about the time the Shroud of Turin was moved to Turin. (In Old English, the noun form of “shroud,” or scrud, referred to any garment.) Calling a piece of adventure outerwear seems to portend a dire, “To Build a Fire” outcome.

I confess I couldn’t decipher “Purrin” at all—or rather, I couldn’t help seeing it as “purulent” (full of pus). A customer-service rep at Nau set me straight: it’s meant to represent purring, as in (quoting the website copy here) “feline-soft interior fuzz.”

Alas, the trademark for Snuggle-Shroud (“cloth used for burial of pets”) is deceased, defunct, expired, and, moreover, abandoned.

Miscellaneous non-trademark fact of interest: in British colloquial parlance, according to the OED, “shroud-waving” means:

(a) n. the practice of attempting to gain support for health-care funding by highlighting the life-threatening consequences to patients of underfunding; (in extended use) concentration on the negative effects of a particular policy, etc., in order to influence public opinion; (b) adj. that engages in shroud-waving.

I read this as Shroud of Purim. That is all.