Numeral-based names are inherently risky: numbers are a code, and not everyone has the patience for deciphering. I’ve been collecting new brand names that incorporate numbers in a variety of ways, from cryptic to evocative. Here are three that caught my attention recently; I’ll cover a few more later this week.

KFC eleven (capitalization sic) is the chicken chain’s new concept, currently being tested at a single location in Louisville, Kentucky. Did you think the name came from “These go to 11”? I did; I was wrong. KFC tells us that 11 is the number of “secret herbs and spices” in the breading. Gone is the Colonel; in his place is a stylized chicken silhouette. According to the Louisville business journal Business First:

The store will be used to test innovative ideas at a single site. Initially, its menu will include items such as rice bowls and flatbreads, revised versions of its mashed potatoes and cole slaw, and side items such as waffle fries, and macaroni and cheese.

I understand wanting to maintain “KFC” in the new name, but the number is too opaque to create a satisfying brand extension, and the KFC Eleven website makes no attempt to tell the name story. To me, it just looks like “KFC Store #11” … out of 18,000.

Portland’5 is a rebranding of the Portland (Oregon) Center for the Arts, which comprises—you guessed it—five theaters and auditoriums. 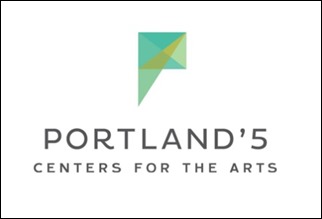 We wanted to communicate to Portlanders that these are their venues, so the apostrophe infused a sense of ownership while the “5” calls out their full family of venues. It’s a concise, perfect way to pack that big idea right into their name.

It may work conceptually, and the individual logos are quite elegant, but in practice that apostrophe-5 thing is simply baffling. How the heck are we supposed to pronounce the name? If it’s “Portland Five,” why the apostrophe? The odd construction reminds me of the old logo for Selix Formalwear, in which the S was replaced by a 5, presumably to represent “after 5 [p.m.].” I always wanted to pronounce the name Felix. Yeah, I’m literal that way.

Here’s a number-name that’s more successful, mostly because of a strong story: 961 Beer.

As soon as I heard the "KFC eleven", the first thing I thought of was the 11 herbs and spices. Maybe the recognition is an age-based thing, for those of us who were exposed to the earliest KFC ads that highlighted the 11.

There's quite a precedent for naming with numbers in music. Leaving out band names with historic or other obvious references (The Jackson Five, U2), the general consensus is that the formula "Name + Number" (Blink 182, Maroon 5, Matchbox 20, Ben Folds Five, Haircut 100) adds up to a pretty lousy band name.

The S to 5 transition you mentioned in the Selix Formalwear note is echoed in my first reading of the PORTLAND'5 as PORTLAND'S or, possibly, PORTLAND'S 5.