Here’s a naming trend that snuck up on me: names that substitute Y for I. Sometimes the Y stands in for short I, as in Glympse; sometimes it’s pronounced like long I, as in Mynd. The trend is most noticeable among technology startups, but I’ve seen it in retail names, too.

Why have so many companies gotten Y’s? I’m tempted to point to Skype, the voice-over-IP service that was founded in 2003 and acquired eight years later by Microsoft for $8.5 billion. But Skype isn’t an example of letter substitution; the name is said to be a contraction of “sky peer to peer.” And another Y name, Swype, is a year older than Skype.

It’s possible we’re seeing the shadow of Y Combinator, the “seed accelerator” (venture-capital-firm-plus-incubator) founded in 2005. (The firm was named after the higher-order mathematical function.) Sneak in an orthographic homage to your patron? Y not?

Then again, the letter Y has intrinsic graphic appeal. It can resemble a fork in the road, a champagne glass, or a stick figure with outstretched arms.

And let’s not overlook Lazy Domain Syndrome, best summarized as “We couldn’t get a dot-com domain with the dictionary spelling, so we jury-rigged it.” With varying degrees of success, as these 10 names prove.

Amulyte is an emergency-response device for older people: “an amulet for the aged,” according to a TechCrunch summary. Does the “lyte” part refer to light weight, a flashlight, or electrolytes? Nobody’s saying. Amulyte is a Y Combinator startup.

Drync illustrates the ambiguity that can plague some Y-for-I names. My eye extracted dry from the name, and I puzzled over the nc ending. Dry Northern California? Dry North Carolina? No, apparently it’s pronounced “drink”: It’s an app that “enables consumers to purchase wine at the moment it is most relevant to them – while they are drinking it.” That’s the opposite of “dry.”

Drivewyze “helps commercial trucking companies save time by bypassing weigh stations through a mobile app,” according to TechCrunch. Why Drivewyze and not Dryvewise or Dryvewize or Dryvewyze? As my mother used to reply when we kids asked an annoying “Why?” question: “Because Y is a crooked letter.” We had no idea what that meant—I still don’t—but it did shut us up.

Glympse “is a groundbreaking new way to share your location with anyone for a specified period of time using patent-pending GlympseWatch™ timer.” Breaking a trademark rule, the company refers to the process—not just the brand—as “a Glympse.”

Like Mynded is a line of moderately priced women’s apparel sold only (as far as I can tell) at Nordstrom.

Lyft is the on-demand ride-sharing app—look for the cars with the pink “Lyftstaches”—that started in San Francisco and has spread to Boston and Southern California. Lyft’s parent company is another ride-share outfit, Zimride, which manages to make do without Y’s in its name. Lyft’s URL, by the way, is lyft.me: The Montenegro country code neatly transforms “Lyft” into an imperative verb. 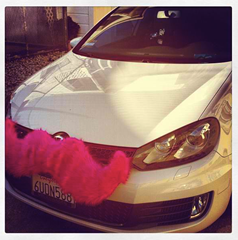 Lytro is a new kind of camera that allows the photographer to focus after the picture is taken. I wrote about the Lytro name last year.

Mynd is a “smart, context aware calendar app that provides you with the information you need to be successful so you don’t have to do it all by yourself.” I’m not sure what “it” is (provide information? be successful?), but I don’t mind Mynd as a blend of “my” and “mind.” 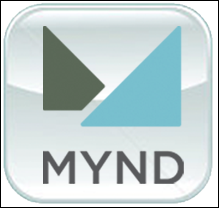 Swype* allows a touchscreen user to create words with continuous finger motions. The company was founded in 2002 and was acquired in 2011 by Nuance, the voice-recognition-software company.

Here’s hoping Nuance gets rid of this awful wordmark.

Wayf is another Nordstrom brand of women’s clothing, sold in the same store department (Savvy) as Like Mynded. Guessing that it’s derived from “waif,” I became curious about the etymology of that word. When it came into English, in the late 14th century, it meant “unclaimed property, flotsam, stray animal”; its Anglo-Norman antecedent, gwaif, meant “ownerless property.” A legal phrase, waif and stray, appeared in the 17th century and gave rise to “person (especially a child) without home or friends” in the 18th century. “Neglected children being uncommonly thin, the word tended toward this sense,” notes the Online Etymology Dictionary. Only since 1991 or so has waif had its current semi-positive connotation of “fashionable, small, slender woman”; the credit, or blame, goes to “childishly slim supermodels, e.g. Kate Moss.”

On the other hand, Wayf could be derived from “wayfarer,” in which case I take it all back.

* Not to be confused with Swipe.

Posted at 06:29 AM in Naming, Pronunciation, Spelling, Trends, Y | Permalink