This Is Not Your Mother’s Slogan

Back in April I wrote about a popular slogan formula, or sloganclone: “Not Your Close Relative’s X.” The earliest example I knew of—the slogan that launched the trend, or so I thought—was “This Is Not Your Father’s Oldsmobile,” which the car company introduced in 1988. 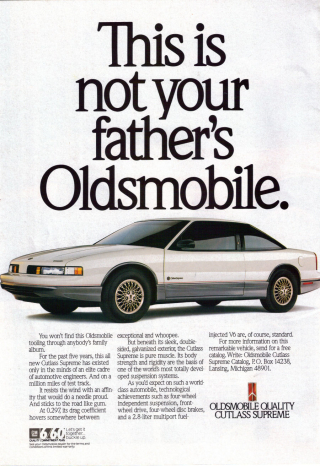 But I recently learned of a much earlier example—perhaps the ur-text for this formula. 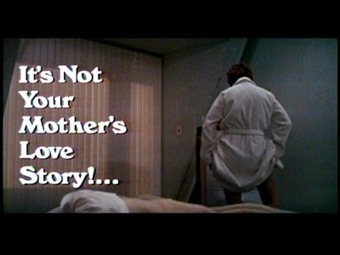 I came across it in Gods Like Us: On Movie Stardom and Modern Fame (2012), by the Boston Globe’s film critic, Ty Burr. The tagline appeared in ads for John & Mary, a 1969 release starring Dustin Hoffman and Mia Farrow; it was a “diffident, diffuse” movie, according to Burr, that “sank without a trace.” (Hoffman also starred that year in Midnight Cowboy, which won Best Picture and brought Hoffman his second Oscar nomination.) The John & Mary story was “calculated to appeal to youth audiences,” Burr writes:

[A] couple meet at a bar, sleep together, then get to know each other. (“It’s not your mother’s love story,” nudged the ads in 1969; these days the same story is called Knocked Up and it’s a comedy.)

That’s 19 years before the Olds slogan! Can anyone document an earlier commercial example of “Not Your Close Relative’s X”?

Posted at 06:47 AM in Advertising, Cars and Motorcycles, Film, Sloganclones, Slogans and Taglines | Permalink