« Nobody's Gonna Buy a Car Named Howard! | Main | On the Visual Thesaurus: What Does Classic Mean? »

All -Ass Intensification Is Not Created Equal 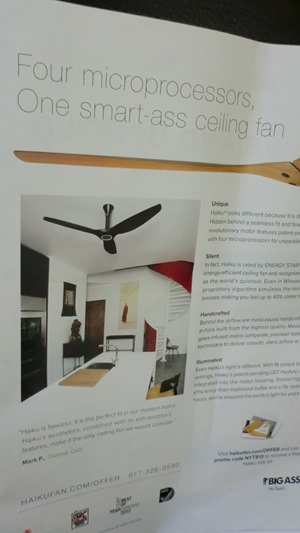 I would expect a “smart-ass fan” to tangle its blades in my hair and whistle leeringly. A wise guy, eh?

For some learned commentary on the productive power of -ass intensification, see Daniel Siddiqi, “The English Intensifier Ass” (Snippets, June 2011):

See also my posts on -ass intensification in commercial naming, here and here.

* I do like many of the Big Ass Fan product names: Haiku, SweatBee, Powerfoil, Airgo, Isis.