On the Visual Thesaurus: Taking Stock

My new column for the Visual Thesaurus looks at the linguistic legacy of Woodstock. The landmark music festival took place 44 years ago; many of the original participants are cultivating the great farm beyond, but the -stock suffix lives on—indeed, thrives—as shorthand for “celebratory gathering,” just as -gate has become shorthand for “scandal.”

Full access is restricted to VT subscribers; here’s an excerpt:

Last year, for example, Wesleyan University hosted Foodstock, “an all-day extravaganza devoted to cooks and books.” (The poster depicted the late Jimi Hendrix, one of the stars of Woodstock, at table.) Since 2000, the Roman Catholic Church’s World Youth Day, which draws as many as 2 million young people to Rome from around the world, has been known familiarly as Popestock. Winestock is a Washington, DC-area wine and music fest; Wordstock is a book festival in Portland, Oregon. Kidstock, in Los Angeles, is a “fun-filled family day of music and art” that raises money – much of it from celebrities – for a college-scholarship fund. …

Kidstock, whose trademark was registered in 1993, appears to be one of the oldest surviving festival X-stocks. That trademark’s legal owner is Woodstock Ventures, a “lifestyle brand” that oversees the licensing and intellectual property related to the original Woodstock festival. 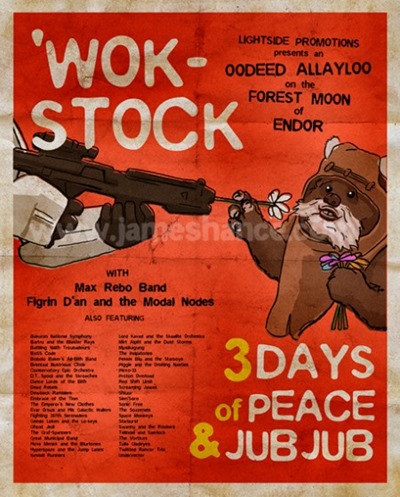 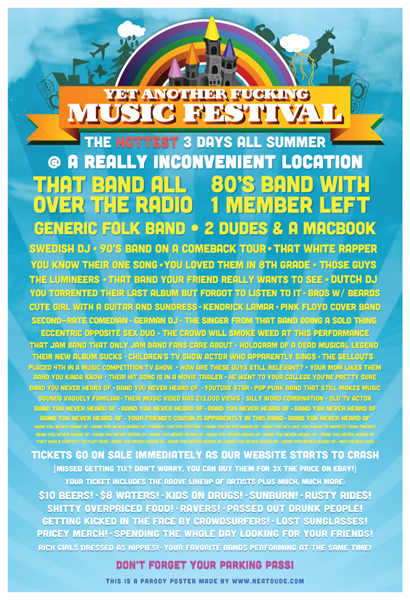 I would definitely make plans to see that music festival, since it's bound to be playing in MyTown soon.