You have to admit it takes guts to name a consumer-product company Oxgut. But that’s exactly why this name works so well. It’s tough, it stands out, and it tells a story – just like the products that bear its name.

Oxgut Hose Co., a startup here in Oakland that’s currently raising money through Kickstarter, salvages “retired” fire hoses that have become unsafe and turns them into useful products: floor mats, furniture, hammocks, tote bags. “Tons of fire hose ends up in landfill,” says company founder (and former ad-agency producer) LauraLe Wunsch*. “And that’s where we come in. We work with fire departments to intercept the fire hose before it goes to the Dumpster and repurpose every bit possible.”

Those salvaged hoses are weathered yet still rugged and surprisingly colorful. “I’ve never seen anything so full of character or so worthy of a second life,” LauraLe says.

So why “Oxgut”? Because that’s what the first fire hoses were made from. Here’s how a staggeringly comprehensive How Products Are Made article on fire hoses tells the story:

The earliest recorded use of fire hose was in ancient Greece. According to the Greek author Apollodorus, one end of an ox’s intestine was attached to a bladder filled with water. When the bladder was pressed, the water was forced through the long ox gut and was directed “to high places exposed to fiery darts.”

Oxgut Hose Co. doesn’t belabor this history, but it makes sure the name isn’t an indecipherable enigma, like too many startup names I see.

Oxgut also plays, but doesn’t overplay, the emotional card. Just in case you’ve forgotten why fire hoses matter, the company tagline is “Exclusive designs with a heroic past.” 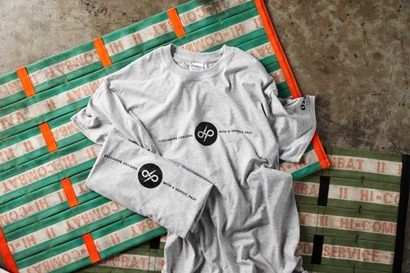 In addition to creating an effective name and tagline, Oxgut’s founders are doing a lot of other things right. They’ve filed for trademark protection of the name, and they’re working the social-media angles. They’ve also produced a gorgeous print brochure with professional photos of all the products. And they’re showing a social conscience – while reinforcing the origin story – by donating a portion of their proceeds to the Children’s Burn Foundation.

To learn more about Oxgut and its products, check out Oxgut’s Kickstarter video and Facebook page.

* LauraLe is a neighbor of mine, and I’ve happily supported her Kickstarter, but I have no other connection to Oxgut.

Posted at 06:22 AM in Design, History, How They Got That Name, Naming, Nicely Named, Oakland, Slogans and Taglines, Startups | Permalink

What a great name ! The products are wonderful! I wish " Oxgut " all the best .