In Chicago, an elevated pedestrian walkway and five linked parks known informally and collectively as the Bloomingdale Trail is getting a new identity: The 606. The project is being managed by the Trust for Public Land.

The 606 label represents something virtually all city residents share -- the first three digits  of Chicago ZIP codes, which planners hope will connote unity and links among neighborhoods.

The numerical label also is meant to harken* back to the path’s roots as a 100-year-old rail bed running through a once-industrial corridor. “It’s reminiscent of a train route,” said Beth White, director of the trust’s Chicago office. 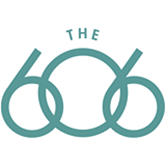 Why rename the Bloomingdale Trail? Here’s the Tribune again:

The development of a project name came about to dispel confusion surrounding the trail, which will run atop an abandoned 16-foot-high rail bed that runs above Bloomingdale Avenue, which is about 1800 north. It stretches from Ashland Avenue on the east to Ridgeway Avenue on the west, linking Bucktown, Wicker Park, Logan Square and Humboldt Park.

"Lots of people thought it was in Bloomingdale, Ill., or many times people would call it the Bloomington Trail," [Wyville USA owner Jennifer] White said.

Attracting corporate sponsorships was tricky, too, given that Bloomingdale's is the name of a prominent retailer, which could dissuade other stores.

But Chicago couldn’t settle for a New York knockoff.

Then one day at a brainstorming session, someone said, “Every Chicago ZIP code starts with 606.”

Gordon wrote it on the whiteboard. Left the room. Walked downstairs. And it hit him.

“The 606” has attracted some predictable huffiness and lamentation. “I have real doubts about that catching on with Chicagoans,” Chicago resident Dennis McClendon wrote to the American Name Society listserv. Benjamin Lukoff responded from Seattle: “I hope we don't have ‘the 981’ to look forward to here. What a terrible name. When I hear something like ‘the 606’ I think ‘California highway’.”

And from the comments on the Tribune story:

As a Californian, I admit to having had some of the same initial confusion about freeway names that Benjamin Lukoff had. But Chicago isn’t in California. I do admire the logo, and I think “The 606” deserves a chance. (Remember the Zajonc Effect.)

And here’s something that may appease the Never Change Anything crowd: the trail portion of the project will still be called Bloomingdale.

* Strictly speaking, that should be hark back, from an old hunting-with-hounds term. To hearken (the preferred spelling) is to listen; you can’t hearken back.

Posted at 07:26 AM in Names in the News, Naming, Numbers | Permalink