It’s Day Three of Underwear Week! Time for some news of the new.

TechCrunch, to which I turn for the latest info about gadgets, gizmos, and Google, surprised me a couple of weeks ago with a guest column by research analyst Ross Rubin about, of all things, four new underwear companies. The tech angle? All four startups had sought crowdfunding to build their businesses; two succeeded, two didn’t. My angle? The companies’ names, naturally.

Thinx (pronounced “thinks”) was started by three women in New York City who saw a need for leakproof, stainproof underwear that women can wear confidently during their periods (referred to in the Kickstarter video with inexplicably coy euphemisms like “that time”). 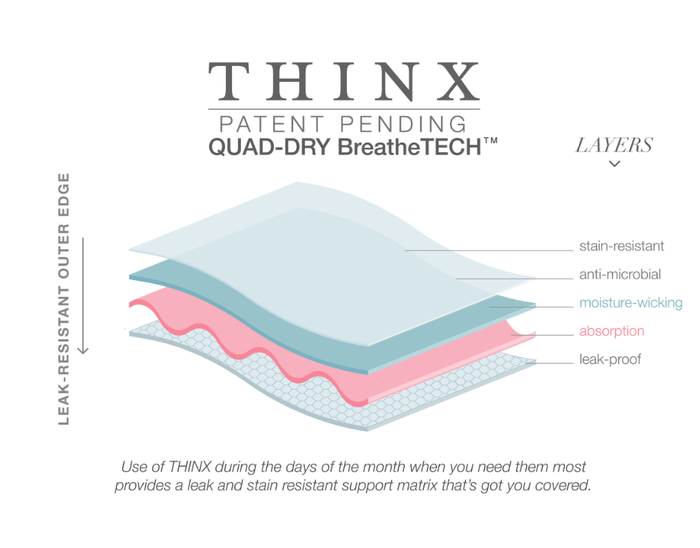 The project met its funding goal, but the name falls short. Yes, it’s non-descriptive (remember, that’s a good thing), but the spelling makes it look like a knockoff—or a spinoff—of the successful Spanx brand, and the “think” concept strikes me as off-target. The customer doesn’t care how much thinking went into your product, and she doesn’t want to have to overthink her purchase. (“Think” is also overused in branding to the point of meaninglessness.) The dull, redundant tagline, “Rethinking Women’s Underwear,” doesn’t convey a benefit or convince me to buy.

The bottom line, so to speak: an interesting product that could better realize its potential with a more effective, less derivative name/tagline combination. Something sassy and unexpected is what’s called for here.

By the way, a tip of the hat to columnist Rubin for working “panty ante” into his copy.

Snowballs (“Cooling underwear for conceiving men”) also addresses a serious problem—male infertility—and it does so with candor (in the pitch) and humor (in the name). “Testicular cooling has been shown to increase sperm count,” the website informs us, “particularly in cases of varicoceles, and we’ve created an comfortable, organic product that will help you succeed naturally before investing thousands of dollars in other risky, more invasive solutions.” I love the product name (and also the Procreativity.net domain name), but backers balked, possibly put off by the product’s high market price ($65 to $80).

Don’t give up, Snowballs! I’d love to see you pitch on “Shark Tank.”

JockGods is a decent name, but slightly misleading if what you’re selling is “high-quality underwear designed for men and women”: both “jock” and “god” suggest that these undies are for guys only. There’s also nothing particularly distinctive about the product. I’m not surprised that the project failed to meet its funding goal.

Helux Gear has a clear, straightforward pitch: there’s a need for “ergonomic” (supportive) men’s briefs with a practical, accessible fly. The name has a nice resonance, suggesting both “luxury for men” and “helix” (suggestive of the unusual design of the pouch). “Helix” also sounds powerful, elemental, and science-y, and the logo makes it stick. Backers apparently agreed: they funded the project with room to spare. 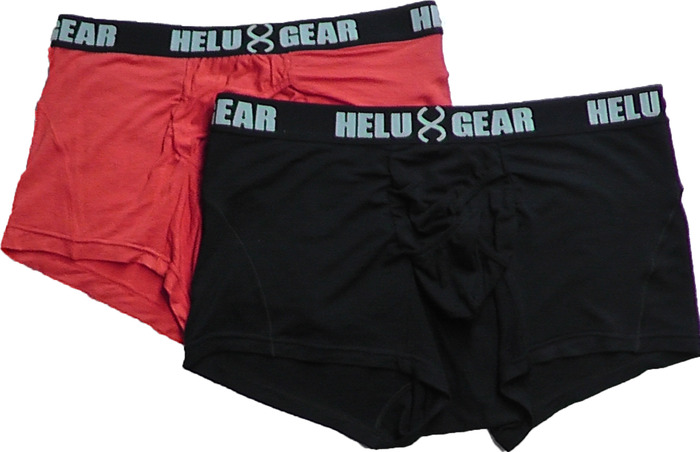 Posted at 08:33 AM in Naming, Startups, Underwear | Permalink

Damn! I'm guilty of Think-branding, too. The Think Harder (Concrete) brand was developed way back in 2009. Though... if it can work for underwear then by-God it can work for freakin' building materials.

Great list, though you're missing one, new underwear brand: Wood.

Anthony: Hey, the week isn't over yet!

The point about underwear is that you don't want to have to think about it. For that reason and every other one you've enumerated, and ultimately because the mark is BORING, it's a fail in my book.

That's the THINX mark I'm referring to, of course.

I would agree, Helux did a fantastic job of branding and tradmarking. Their product may not be as life changing as a few of the others but it is practical and appealing. Branding is such a large part of product success. I think the others just missed the mark.