« How BAM Architecture Studio Got Its Name | Main | Guest Post on Duets Blog: The Last Naming Advice You Need to Read! »

Nobody’s perfect, but some people on some days are less perfect than others. 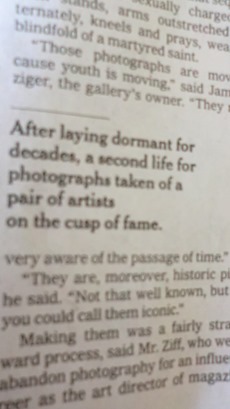 The photographs were lying dormant. A very common error, but one I’d expect a professional copy desk to catch.

A nicely printed invitation arrived in the mail a few weeks ago. It included this passage: 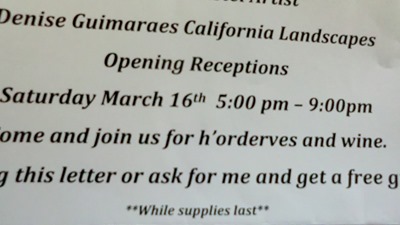 If you’re uncertain about the spelling of hors d’oeuvres, you could look it up. On the other hand, may I recommend the appetizers?

At the movies the other evening* I watched a trailer for Danny Boyle’s new movie, Trance, which opens soon in the U.S. I wasn’t the only one who caught this blooper on the rating screen:

There are no bears in Trance. The word that’s wanted here is grisly.

Finally, a really big goof, as in several inches high:

The great Chicago writer and radio man spelled his last name Terkel (it’s correct in the text beneath the headline). The erroneous spelling appears in an exhibit on the 103rd floor of the Willis Tower that’s been up for “about 14 years,” according to a Chicago Tribune story; no one mentioned the misspelling until this week, when media blogger Jim Romenesko published an item about it.

Stoker, the first English-language film from Korean director Park Chan-wook. A nod to Hitchcock – two shower scenes, an Uncle Charlie, a whistled motif – minus the wit and plus a lot of arty gore.

Posted at 07:46 AM in Editing, Errata, Grammar, Spelling | Permalink

"How do you spell that again?"

"I don't know—I think it starts with a silent h and has an apostrophe somewhere. Just sound it out."

And if I'm not mistaken, the NYT article also contains a dangler that a competent (or not understaffed) copy desk should have caught.

The pull quotes are probably not checked by the same proofreaders that check the stories. Even so, pull quotes are generally a form as close to headlines as they are to text, and a certain degree of freedom is allowed, in the name of poetry. This one scans fine.