« Not What They Seem | Main | On the Visual Thesaurus: How to Name Anything »

I’ve always wanted to name a perfume. Maybe I should just invent my own, as Sarah Marshall of The Hairpin did with her Unreleased Celebrity Fragrances: Acedia by Louis CK, Sherlocked by Benedict Cumberbatch, and a bunch of others, each with a pungent description. 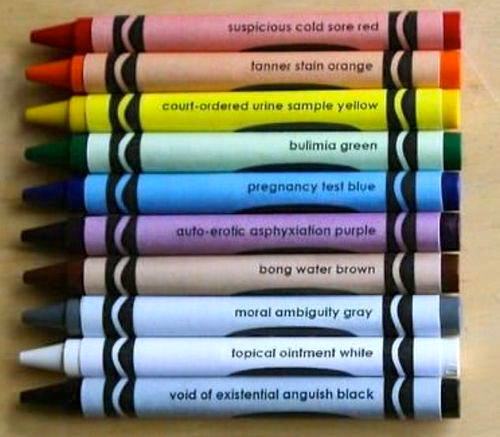 Via Arnold Zwicky, who adds a story about the Eagle Shirtmakers color-naming contest of 1961, which yielded submissions like Roe Cocoa, Unforeseeable Fuchsia, and Noblesso Beige.

Also from Arnold Zwicky: How the dobro got its name. Dobro is a registered trademark of the Gibson Guitar Corporation, which means we all should be capitalizing it; it’s also an eponym, a portmanteau, and a word meaning “goodness” in most Slavic languages.

“We gave you way too big an advance to call this book Freakonomics,” said the publisher of the book that gave rise to an entire freakin’ industry. Briefly considered as substitutes: Economics Gone Wild, Bend It Like Veblen, and Dude, Where’s My Rational Expectation?

Earlier this month, the American Dialect Society voted phablet – the coinage that describes a smartphone-tablet hybrid – the word Least Likely to Succeed. (Phablet shared the dubious distinction with YOLO.) In a Word Routes column, Ben Zimmer traces the origins of phablet and ponders why nobody loves the word. (For the record, I’d revive an old word, tabloid, to replace phablet. Here’s my 2009 post about tabloid’s fascinating history.)

Let’s squeeze in one more Word of the Year 2012 story. This one’s by linguist Arika Okrent, who rounds up eight countries’ words of the year, from entroikado (Portugal) to watture (France). J’aime beaucoup watture!

“Focus more on connotations and less on definitions” – Lexicon Branding’s advice for choosing a name.

“The next time someone tells you that they can’t accept a name with risk, consider asking them if pouring money into a brand that no one notices and no one cares about is more or less risky than investing in one that just might have a shot.” – Tate Linden, founder of the branding agency Stokefire, in a Q&A with the Wordnik blog.

Whoever named the top 10 cannabis strains of 2012 was having way too much fun. (Via a tweet from Whatever It Is, I’m Against It.)

What can the online dating site OKCupid teach us about naming? It’s all about standing out from the crowd, says Beth Gerber of Catchword Branding.

Ever remember hearing that HAL, the computer in Stanley Kubrick’s 2001: A Space Odyssey, was meant to represent big bad IBM? (Just move the letters H-A-L forward one space in the alphabet.) A new video sets out to prove that the theory isn’t so farfetched after all.

Ben Schmidt, who’s written about anachronisms (or prochronisms) in Mad Men and Downton Abbey, listens for anachronisms in Lincoln, the Stephen Spielberg movie written by Tony Kushner. Examples: “barrage” (of artillery) didn’t enter the lexicon until 1900, and “peace talks” wasn’t coined until the Vietnam War. Bonus for Lincoln-lingo nerds willing to pay for the privilege: Ben Zimmer’s Boston Globe interview with Kushner. There’s a related (free) article at Word Routes.

How did Lockheed Martin’s famous Skunk Works get its name and mascot? The Zinzin blog follows the scent and tracks down the story.

What’s your favorite legal word? The ABA Journal’s readers testify. (Via a tweet from Beauty Marks.)

.. and a taxonomy of ad-agency names. 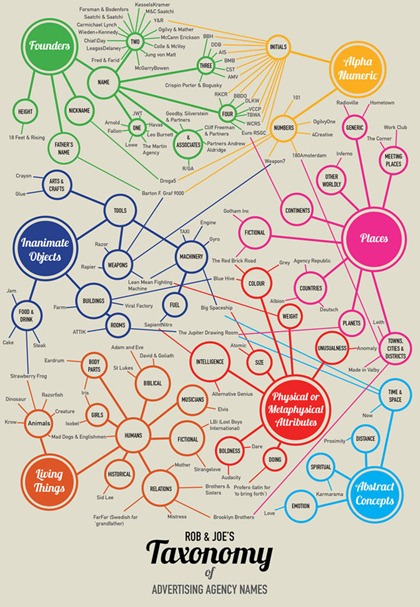