Word of the Week: Caganer 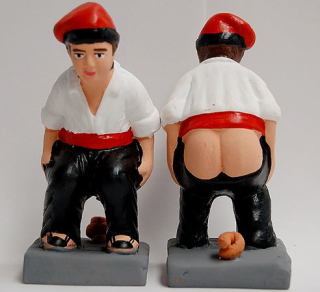 Traditional Catalan caganer via Everything Catalan.

According to a Rough Guides article, the caganer emerged in the early 18th century, a period when Christmas nativity scenes “shed their elitist trappings” and “everyday farm life figures began to appear, from the cobbler pounding out horseshoes to the village woman washing clothes in the river.” And there, in a corner, was the caganer, “engaged in his own daily task”:

The typical caganer sports a red barretina, the Catalan peasant headwear, and he’s often smoking a pipe or reading the newspaper, the more pleasurably to pass the time. He has traditionally been a farmer, symbolizing the fertilization of the earth. With his pants around his ankles, he is engaged in that most primary of cycles; to eat, and then to enrich the earth with his droppings so that it will once again yield a bountiful harvest. 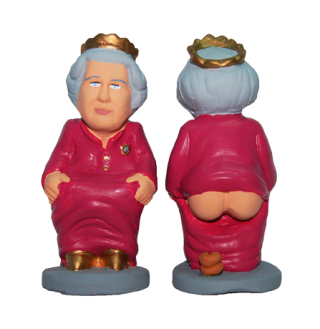 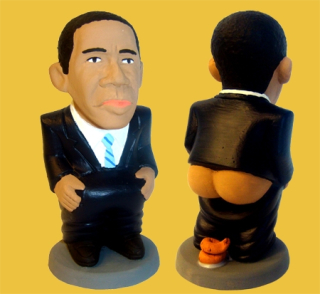 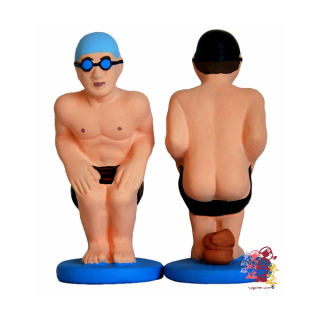 Modern caganers are usually made of plastic or resin. You can also find “chocolate crappers” made of Belgian chocolate. 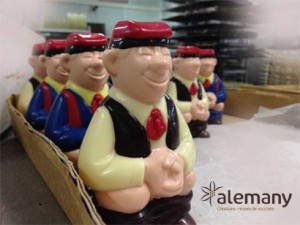 In 2010, Barcelona’s Mare Magnum shopping center erected a six-meter-tall Santa caganer. (That’s 19 feet, 8 inches.) It was recognized by the Guinness Book of World Records as the world’s largest caganer. 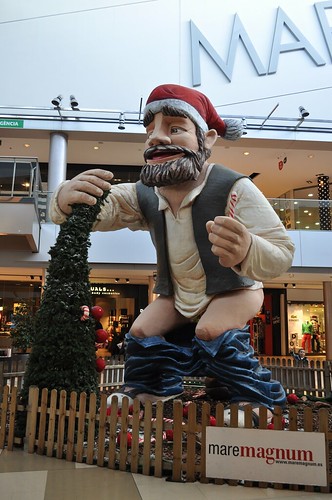 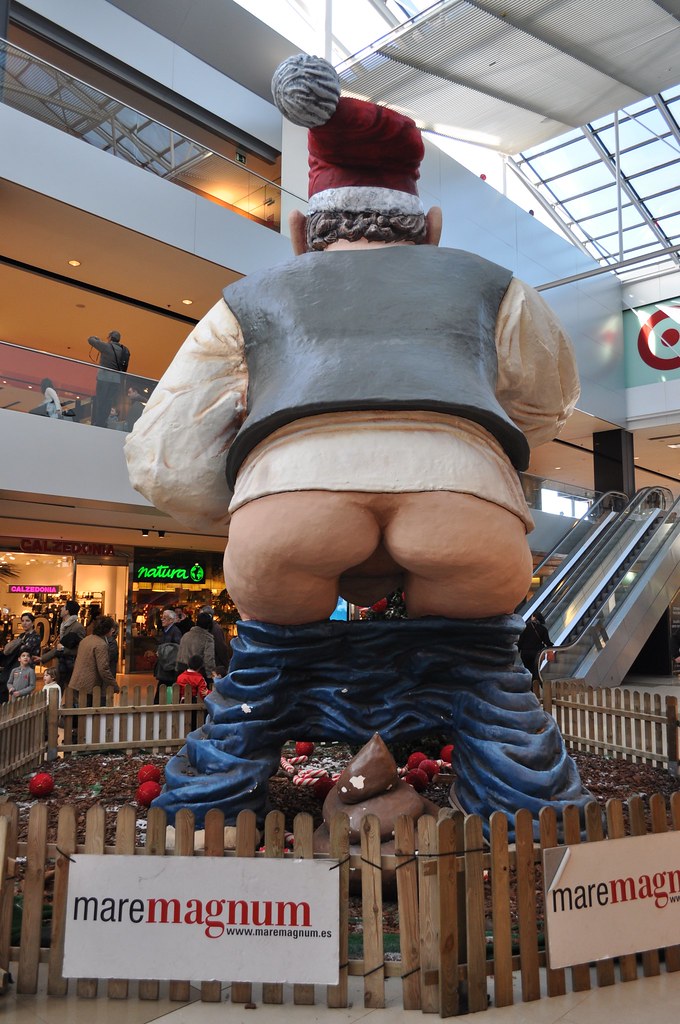 According to a Wikipedia entry, the caganer isn’t the only pooper at a Catalan Christmas party:

[A]nother is the Tió de Nadal, which also makes extensive use of the image of faecal matter (it is a log, i.e. tió, with a face painted on it, which, having been “fed” for several weeks, is told to defecate on Christmas Eve and “magically” produces candy for children, a candy that has supposedly come from its bowels). Other mentions of faeces and defecation are common in Catalan folklore: indeed, a popular Catalan saying for use before a meal is “menja bé, caga fort i no tinguis por a la mort!” (Eat well, shit a good deal and don't be afraid of death!).

The Wikipedia entry includes this note about the caganer tradition: “In recent years a urinating statue, or Pixaner, has also appeared, but it hasn't taken root or gained any serious popularity.” 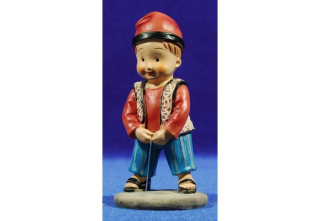 Posted at 07:12 AM in Holidays, Spanish, Word of the Week | Permalink

Amazing! I wonder why these caganer figures haven't become more popular at shopping malls in other parts of the world? I suppose customers might take them to be comments on the goods sold there.