As we all know, verbing weirds language. And, like it or not, it’s everywhere. (See showrooming, subtexting, “Let’s Tonic,” et al.) But nouning – turning a modifier into a noun – is also increasingly popular in commerce, and it’s also changing our perceptions about what language “should” be.

Take “funness,” which Apple has been using for several months in its iPod Touch marketing. As Ben Zimmer has noted in columns for the Boston Globe and Word Routes, now that “fun” has successfully shifted from noun to adjective, you have to add “-ness” to turn it back into a noun.

But other brands aren’t even bothering with nounifying suffixes. Instead, they’re simply putting adjectives to work as nouns.

Here are nine recent examples of nouning in brand slogans. In each case, the advertiser could have made a conventionally nounish choice (“Welcome to possibility,” “The future of awesomeness”) but instead grabbed our attention, for better or worse, with a functional shift, also known as anthimeria. 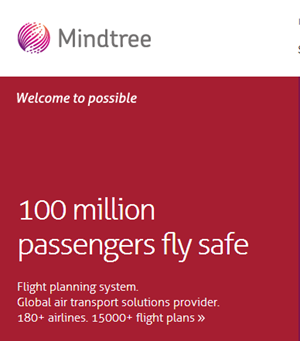 “Mindtree is a global information technology solutions company with revenues of over USD 400 million.” Mindtree is not to be confused with Braintree. And this is possibly a different possible than AT&T’s “Rethink Possible.”

(P.S. I’m sure at least one of you will have something to say about the adverbing of “safe.” In fact, “safe” is legitimately an adverb in a number of constructions, and I accept Mindtree’s usage.)

Asus: “In Search of Incredible.” 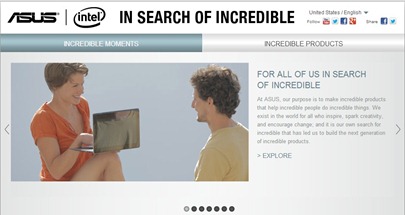 Why is the New York city retailer pulling out all the stops for such an odd-numbered anniversary? It’s all about the ones: “One store in one city, providing one singular luxury experience.” 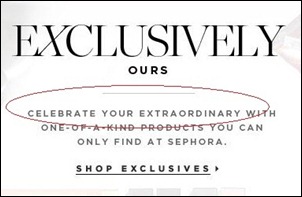 On the site: “Like a snowflake, each of us is unique…”

And speaking of fabulous… 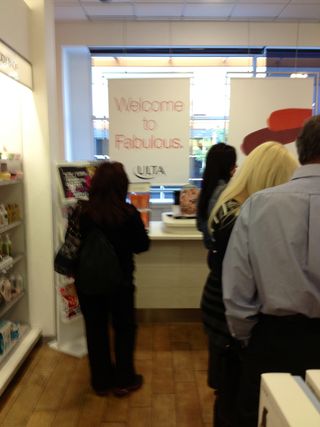 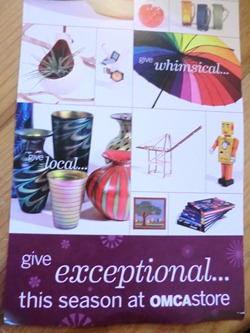 Other nounings on the postcard: “Give artisanal,” “Give whimsical,” and “Give local.” 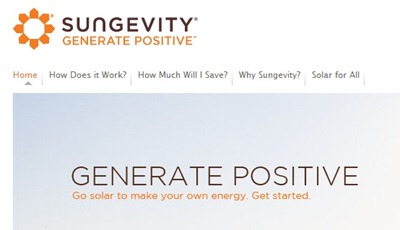 “Go solar to make your own energy.”

Xfinity: “The Future of Awesome.”

“The Future of Awesome is TV on your phone. And phone on your TV. It’s controlling your home remotely. It’s a multiplex in your pocket and the big game live from anywhere. It’s the fastest house on the block, your home phone on the beach and voicemail on your desktop at 35,000 feet. It’s finding what you want and sharing with your friends. It’s always on time, rain or shine. This is XFINITY. This is easy . This is simple. This is awesome.”

For more on this sort of language play – variously called anthimeria, functional shifting, and zero derivation – read “Anthimeria You!” by Lucy Ferriss at the Lingua Franca blog. And see my previous posts on slogan anthimeria, including “Let’s Verb!”

By the way, Braintree is also a place name in England, and here in Massachusetts.