I’m stepping away from the screen for a few days. If you leave a comment, please be patient: I’ll publish it as soon as I’m back online. Posts will resume next week.

In the meantime, I recommend that you go over to the Visual Thesaurus and read Ben Zimmer on last night’s presidential debate, in which President Obama said Mitt Romney’s economic plan was “a sketchy deal.” (No paywall on this and all other Word Routes columns.) That use of “sketchy” was “marvelously ambiguous,” writes Ben, in that it may carry the slang sense of “untrustworthy.” I’ve written about that sense of “sketchy” myself a couple of times, here and here.

And just for fun, check out the “Binders Full of Women” Tumblr that instantly materialized after Mitt Romney made that awkward comment (a misstatement, as it turned out) about his hiring practices as governor of Massachusetts. 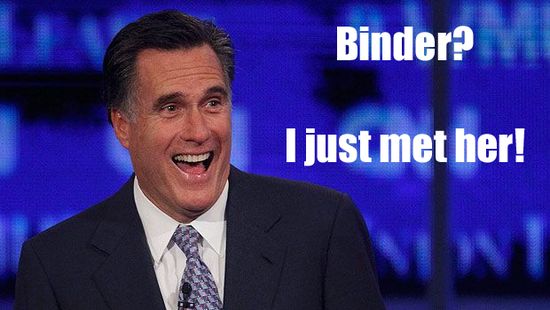