Word of the Week: Feckless

Feckless: Ineffectual, lacking purpose or vitality; irresponsible. Originally a Scottish dialect word (along with its antonym, feckful) in which feck is a shortened form of effect. Entered English in the late 16th century; popularized by Thomas Carlyle in the early 19th century. (Carlyle, 1823: “I am so feckless at present that I have never yet had the heart to commence it.”)

Feckless was in the news last week when Senator John McCain, the 2008 Republican presidential candidate, used it to castigate President Obama’s Mideast policy in an interview with NBC’s “Today” show. 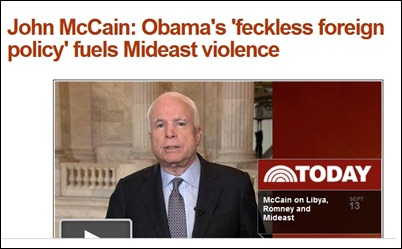 The feck in feckless is unrelated to the Irish feck, which, as Stan Carey explains, is a minced oath, “occupying ground between the ultra-mild expletive flip and the often taboo (but also popular) fuck.” This Irish feck is the one appropriated by FECKiN Irish Whiskey, a brand I wrote about last year. Used as recommended, 80-proof FECKiN Irish whiskey is very feckful indeed.

Posted at 07:54 AM in Etymology, Politics, Profanity, Word of the Week | Permalink

The four cows in "Cold Comfort Farm" are called Aimless, Graceless, Pointless, and Feckless. (The bull is Big Business; the Starkadder family live in fear of Aunt Ada Doom and a character named Laura Smiling has a French maid called Riante. Stella Gibbons' character names are a major part of the fun of that book.)

Semi-relatedly, another word w/the suffix -less is ruthless. I've always found this word odd. I'd imagined that the 'ruth' is related to 'wrath', but if so why would the agent associated w/that word be lacking in 'wrath,' rather than have lots of it. Perhaps then, the 'ruth' and 'wrath' aren't related, after all.

Philipsturner: Correct, the "ruth" in "ruthless" has nothing to do with wrath. It comes from an Old English word that meant "pity" and is related to "rue."

I think that in your first sentence you are using the word "iteration" in a current sense that I haven't entirely caught up with.