The NWBLK Is the New Black

According to San Francisco magazine’s September issue, this particular New Black is

a 9,000-square-foot retail space and gallery slated to open in the Mission in September. The design trove will feature furniture, lighting, fashion, and accessories from over 20 firms, as well as collaborative workshop space for Steven Miller Design Studio, Figure Plant, Hazel.Wood Design Group, and Hart/Wright Architects. They made the logo out of consonants only!

Because nobody’s ever done that before. 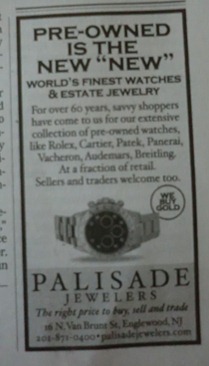 More on “X is the new Y” at the Snowclones Database.

Posted at 07:19 AM in Consonants, Furniture, Names in the News, Naming, Retail, Snowclones | Permalink

Once again, a pronunciation challenge that I shall gladly take up: It's "nwibəlk" and I cannot be persuaded otherwise.

"'Blank' is the new black" needs to be retired. The only interest it arouses in me is indifference.