Volkswagen started the game 50 years with its famous Think Small ads, and Apple imitated the slogan to great effect with Think Different. Lately, the imperative-adjective formula has proved irresistible to creative directors hoping for some borrowed interest. 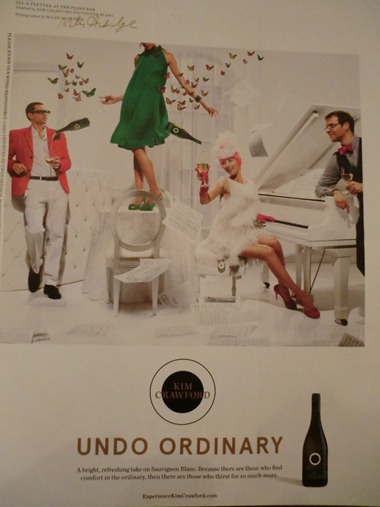 On July 16, 2012, Roger Federer surpassed Pete Sampras’ record for most weeks as the top-ranked tennis player in the world. With his 287th week as the world’s No. 1, the Swiss maestro further cemented his status as the greatest of all time.

To commemorate the occasion, I worked with the Nike Tennis team on a limited-edition series of Roger’s signature Zoom Vapor 9 Tour shoe, limited to 287 pairs (one for each week on top of the rankings). I created a custom ambigram logo, pattern and special packaging — inspired by the back of playing cards — to honor the achievement.

Why does the imperative-adjective formula remain so robust? To 21st-century eyes and ears, it seems taut and streamlined. Superfluous articles (“Celebrate the Legend”? Nah.) are stripped out. And subverting our expectations about parts of speech arrests our attention—which is of course what an ad is supposed to do. Verbing weirds language, as Calvin memorably said, and also revitalizes it.

But I suspect we’re approaching a point of diminishing returns with this construction. The shark has been jumped; the imperative now longer seems quite so persuasive. It’s time to, yes, think different.