“Solutionism. The New Optimism” is the name of a Dow multimedia campaign that launched in March of this year. (Draftfcb Chicago did the work.) According to B2BOnline, “The campaign illustrates how Dow provides solutions to help solve some of the world's most pressing global challenges, such as efficient energy and feeding the planet.”

New Yorkers got a preview of the campaign last September, when a giant chalkboard was erected at the corner of Crosby and Broome. Over several days, the chalkboard was filled with a mathematical equation, and on Day 5 a Dow banner was unfurled.

Dow is now selling the “Solutionism” campaign in ads that run during the Olympics broadcasts. Those ads depict a featureless, leaf-covered creature called—I’m not making this up—“Hopeiary.” AdWeek called the “hedge man” the worst mascot of the 2012 Games.

Sorry. Where were we? Right: “solutionism.”

“Solutionism. The new optimism” is a variation on the very popular snowclone “X is the new Y.” (See “Bacon is the new chocolate,” “Green is the new black,” “Safe is the new sexy,” “Big is the new small,” et al.) According to the Snowclones Database, the origin of the saying was Vogue editor Diana Vreeland’s proclamation in the early 1960s that “Pink is the navy blue of India.”

A 2009 web page on Coggins Marketing urges entrepreneurs to “Be a Solutionist.” And I found several firms that use “Solutionist” in their names, including Solutionist.biz, The Solutionist Group (whose business is “solutioneering”), and The Solutionist, Inc. 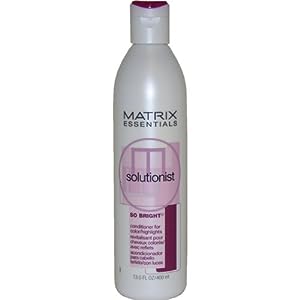 “Solutionism” can have negative implications. In his 2006 book Prisoners: A Tale of Friendship and Terror, journalist Jeffrey Goldberg called solutionism “the American national religion, which holds that for every intractable problem there is a logical and available answer.” Writing in 2008 for Jewish Current Issues, Rick Richman observed that “[n]owhere has solutionism been applied with more fervor and fewer results than the Middle East, with a succession of logical ‘plans’ and ‘processes’ to ‘solve’ the Israeli-Palestinian conflict over the last 15 years[.]”

Solutionism, wrote Saad Hafiz in 2001 in the news site CounterPunch, “means that for every intractable problem there is logical and available answer. H.L. Mencken, the American journalist and humorist[,] said ‘for every complex problem, there is a solution that is simple, neat, and wrong’.”

Clearly, Dow Chemical—forever linked in many people’s memories to the 1984 Bhopal disaster—is counting on Americans’ amnesia about that particular Mencken observation. Not to mention this one, from Mencken’s “Notes on Journalism” (1926): “No one in this world, so far as I know—and I have searched the record for years, and employed agents to help me—has ever lost money by underestimating the intelligence of the great masses of the plain people.”

UPDATE, March 16, 2013: More on solutionism in World Wide Words, which uses as a news peg a new book by Evgeny Morozov, To Save Everything, Click Here: “By solutionism,[Morozov] means the mistaken belief that technology can benignly and efficiently solve all our problems and produce a world that is trouble-free.”

* And it certainly didn’t coin “solution,” which is one of the most overused words in company names, taglines, and mission statements.

Posted at 07:26 AM in Advertising, Isms, Neologisms, Sloganclones, Snowclones | Permalink