Sunnyvale-based HP, which bought smartphone company Palm two years ago, is creating a new subsidiary that will incorporate the remnants of Palm, according to a leaked memo reproduced in All Things D and elsewhere. The new unit’s name is Gram, and its logo is … interesting.

The typography does suggest lightness. (Is the G a demi-butterfly?) It’s unclear whether the name is meant to evoke “grandmother,” “telegram,” “grammar,” or “Grammy award,” but I can think of a ready-made tagline, modified only slightly from Aldous Huxley’s original: “Gram is better than a damn.”

My 2009 post about the puzzling persistence of the Palm Pilot name is here. 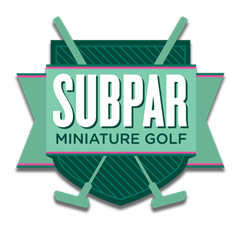 We are aware that subpar usually implies something that is not quite up to snuff. This is us not taking ourselves too seriously. Being below par in golf is a positive thing, so the silly name works in our case. And only our case.

In Chicago, the Morse Avenue “L” station opened a couple of weeks ago after a six-week rehab. Best part of the coverage in Chicago Now is the news that a restaurant be opening near the station entrance. Its name is perfection itself: morseL.

UK-based Shutl, which calls itself “the world’s fastest delivery service,” has offered the world’s fastest man, Jamaican sprinter Usain Bolt, 1 percent of the company if he can help set a delivery record. Sweet deal, but isn’t “Shutl” the name of Tevye’s youngest daughter in Fiddler on the Roof? Shutl from the shtetl, they called her. Such a lovely girl.

Three things you may not have known: 1) The Obama White House is the first in history to brew its own beer. It’s “unbelievably good,” according to White House assistant chef Sam Kass. 2) A petition at Whitehouse.gov calls on the administration to release the recipe “so that it may be enjoyed by all.” 3) My source for the story is the “blog of record about White House food initiatives, from policy to pie.” The blog has a delicious name: Obama Foodorama.

For Gram, I think the emphasis on lightness in the tagline and the typography reinforces the connection to the (small) unit of mass. The logo also suggests "diagram" to me, and "telegram" is apropos (in a somewhat retro way) for a communication device.

As for the delivery service, I wonder if they ever considered calling themselves Shprintze?

Perhaps I've been overly whelmed of late, but I laughed myself silly at "Subpar."

Okay, maybe I was already silly.