But that’s a car name!

A few years ago I was hired to name an apple. Not an Apple: an apple, the kind that grows on a tree. This particular apple was a new cultivar that needed a name to compete against Golden Delicious and Pippin and Winesap in supermarkets. My client was the growers’ group that had developed the fruit.

I presented several names, including one I thought was an especially strong candidate: Avalon. The name had an excellent and appropriate story, I told the client. It comes from Welsh afal, which means “apple.” (Etymology doesn’t always matter, but in this case it was too perfect to ignore.) In the Arthurian legends, Avalon is the island where Excalibur was forged. (Power, magic, legend: all positive attributes.) Avalon was sometimes called “the Fortunate Isle.” (Happy apples!) Add to that, I said, the fact that the word rolls deliciously off the tongue.

There was silence on the other end of the phone line. Finally, the client’s spokesman spoke:

“Avalon,” he said tentatively. “Isn’t that a car name?”

During my career as a name developer I’ve heard “But it’s a car name!” too many times to enumerate. I’m not alone: My colleagues at Catchword Branding say they have the isn’t-it-the-name-of-a-car conversation once a month.

Yes, I told my apple client, it’s undeniably true that Avalon has been the name of a Toyota sedan since 1994. Avalon is also the name of a hotel in Beverly Hills, an album by Roxy Music, a city on Catalina Island, a novel by Anya Seton, a movie directed by Barry Levinson, and many other things.

But not apples. In that category, the name was completely clear of conflict.

Didn’t matter. To the client, “Avalon” meant only one thing: car. He simply could not get past that association.*

Here’s the thing: There are lots and lots of car names. Many of them are real words with real meaning beyond “car,” like Civic and Dart, Fiesta and Voyager. If what you’re naming isn’t a car—if it’s a soup or a jigsaw puzzle or a hotel or a shopping app—it may be perfectly OK to recycle that car name and make it yours. If we’re given strong branding cues, we consumers manage to surmount the cognitive dissonance effortlessly.

And not only with car names. 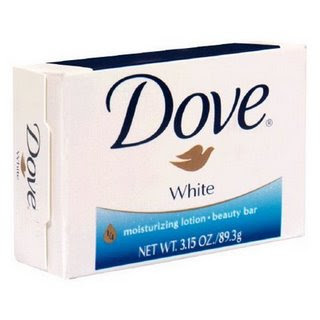 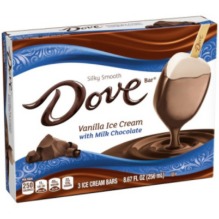 No one serves Dove #1 at a picnic or brings Dove #2 into the shower. The categories—legal and conceptual—are so far apart that there’s simply no likelihood of confusion.

Or consider another multiple trademark: Magnum. It’s the name of a photo agency, a gun manufacturer, a condom, an ice-cream bar—and, yes, a station wagon. Different brands, different trademark classes, different shades of meaning. (All of those meanings capitalize on the equivalence of “magnum” with “large,” but in different ways.)

Or how about a new mobile phone introduced last week by Verizon: the Marauder. Leaving aside the question of appropriateness—is one of its apps a crossbow?—the ”Marauder” name isn’t original. It’s the title of a book by Isaac Asimov and the name of a fictional G.I. Joe toy vehicle, a U.S. government nuclear fusion research project, and a Suzuki motorcycle. Oh, and also a Mercury automobile model.

And let’s not forget that before there were Apple computers and phones, there was Apple Records, founded in 1968 by some guys called The Beatles.

Please don’t misunderstand: I’m not advocating for copycatting. (I hope we’ve seen the last of the “new me” clones, for example.) And I would never recommend borrowing a coined name like Yaris or Xterra. A distinctive name is an asset to your brand; a legally available name is essential. But don’t confuse distinctive with unique, and don’t forget that availability is determined by trademark classification. A conflict in one trademark class may not pose a problem in a different class.

The moral: There are hundreds of car names. Don’t let your associations, good or bad, with one of them drive you away from an effective and appropriate name for your non-automotive product or company.

* In the end, the client thanked (and paid) me for my work and used an internally generated name for the apple—a name that had been developed early in the process and had become embedded in the client culture. That’s a different type of naming challenge, the subject—perhaps—of another blog post someday.

Posted at 09:29 AM in Cars and Motorcycles, Clients, Confusion, Food and Drink, Naming, Naming 101, Trademark | Permalink

It's too bad they didn't go with your name. For me, the primary association with "Avalon" is the island from Arthurian legend. As you say, the etymology is perfect—who wouldn't want to name their apple after a mythical Isle of Apples? And even if you don't know the etymology, it still has a nice sound that's reminiscent of the word "apple".

Oh well. At least you still got paid.

Is it possible that the client is on to something? If Avalon suggests nothing but "car" to a whole lot of people, is that a problem?

(Don't get me wrong: every time I see Avalon on a car I think of kings and enchantresses and swords and lakes and stuff.)

Empty: 1. There are "a whole lot of people" who do NOT associate "Avalon" with "car"--who might even be surprised to learn that Toyota makes that model. 2. Context matters. If you see an "Avalon" sticker on an apple, or an "Avalon" sign in the produce aisle, you are unlikely to think about cars. 3. Marketing matters. The owner of the brand has the power to create new perceptions and associations through design, advertising, and other communications.

But aside from all that, my point is that when you're naming a new brand, you need to step away from your personal associations with a word and look at the bigger picture.

You betcha! I actually try to forget that Avalon is a car's name, so there. And I love the Roxy Music album.

Although now you've got me thinking about taking a Dove bar into the shower.