I couldn’t help myself: When I received this email last week from Jigsaw, the UK-based women’s retailer, I had to get involved.

“Gold Metal Winners of the Season,” read the headline. And yet… 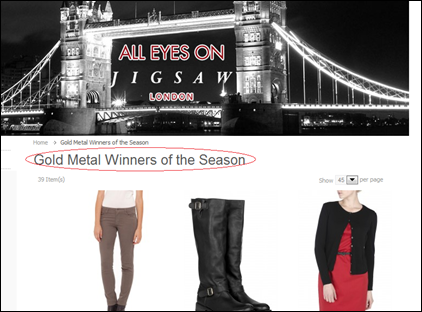 … there were no metallic elements in evidence. 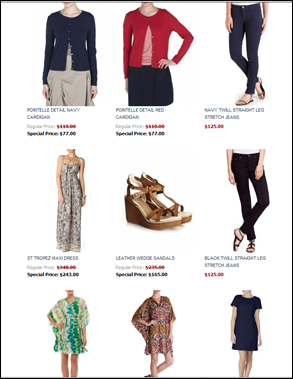 No gold in the rest of the email, either.

You’d think that with the incessant media harping on Olympic medal count, someone at Jigsaw—hello, proofreader!—would have recognized the erroneous homophone and fixed it. But no.

So I did what had to be done: I tweeted about the mistake. To its credit, Jigsaw promptly expressed chagrin. 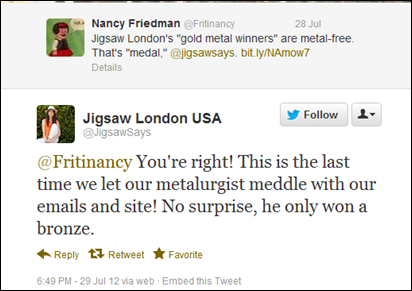 Cute tweet—although I can’t help meddling one more time. There are two Ls in “metallurgist,” Jigsaw. (Yes, on both sides of the pond.)

Let this serve as a reminder to companies that send emails to their customers: Those emails are advertisements. They need to be professionally written and edited and proofread before they’re sent. (I bet you double-check the prices. The words are important, too.)

Does it seem as though I’ve picked on Jigsaw before? You’re right.

Yowsa! This metallurgist finds their word selection and spelling to be atrocious.

A more delicate soul would be damaged by their word manhandling, but I have more.. mettle... than that.