« How General Tso's Chicken Got Its Name | Main | Word of the Week: Prochronism »

Today is this blog’s sixth birthday! Help yourself to a cupcake. 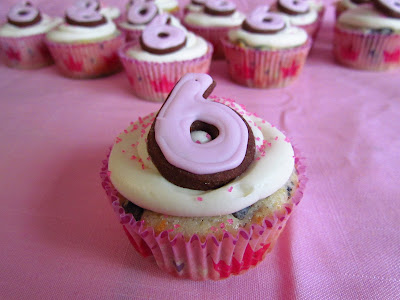 And please remain seated while we review the last 12 months in bloggage.

July 2011: Campus Crusade for Christ changed its name to the peppy, preppy Cru.

September 2011: Netflix tried to introduce a new service called Qwikster. Then it changed its mind.

December 2011: The security contractor formerly known as Xe, and before that as Blackwater, changed its name to Academi.

January 2012: Why do so many companies’ names include gratuitous umlauts?

February 2012: Why are so many companies’ names spelled wth no vwls and in ALL CAPS?

April 2012: What does “tribal” mean in fashionspeak?

May 2012: How pleasant it would be if people in power cared about using language correctly. Alas, they don’t.

And for scholars of paleo-blogging, here’s my first post, about naming a new nanoparticle.

Cupcake photo from Crazy for Crust.

You had me at cupcake. Happy bloggiversary!

Happy Bloggiversary! And many ,many more to come!