Speaking of “mister” names—as we were only yesterday—I’ve learned about another one from reader Licia, who’s a translator in Italy. Mister Baby, writes Licia, “has been on the Italian market since 1964 and it is a household name; it now belongs to British multinational Reckitt Benckiser (which, incidentally, also produce Mr Sheen).” Mister Baby sells products for babies (of both sexes, it seems) and for nursing mothers. 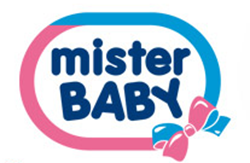 Friends don’t let friends drink and text, but that hasn’t deterred TXT Cellars from creating “a line of wines dedicated to celebrating the ordinary and not so ordinary moments in life when you just need to LOL!!!” (Via @ahundredmonkeys.)

Screwtops, of course. Because it’s RLY HRD to operate a corkscrew while you’re texting, amirite?

Read the Washington Post’s guest columnist Jason Wilson on the wine-drinking habits of millennials. And check out The Hairpin’s list of hypothetical rejected names for TXT wines.

Take the quiz: Condom or Android phone? (Via Lance Knobel.) Congratulations to The Intercom Blog for sticking with tradition and using “What’s in a Name?” for the title of that post. Fifty thousand other headline writers can’t be wrong!

Speaking of unoriginality, here’s another startup with an -ly name: Swipely. According to TechCrunch, “The company first launched as a way to share your credit card purchases with your friends, but when that idea (as deployed by Swipely and others) failed to take off, Swipely shifted its focus to helping merchants with their loyalty programs.” By my count, that brings us to 50 -ly startups, and let us say: Enoughly.

In my February post about the bra-fitting service Brayola, I traced the commercial use of the -ola suffix back to Pianola (1895), Crayola (1903), and Victrola (1905). But it turns out there’s an even earlier example. Granola, now a generic term for a crunchy oat-based breakfast cereal, was originally a trademark. According to “Who Made That Granola?” in last week’s New York Times Magazine, John Harvey Kellogg—whose name lives on in the Kellogg’s brand—came up with “granola” in the late 1870s or early 1880s after he was sued by a rival who made “granula” and objected to Kellogg’s use of that spelling. By 1889, according to the article, Kellogg was selling two tons of Granola a week. (Tangentially, Grano.la is the name of a power-management software product. Dot-la is the country code for Laos.)

They call me Mister Baby!

While I like "ola" names, I am far more fond of names ending in "o-matic" and "o-rama". In fact, if I were a brand, I would badly name myself Michele-o-rama Hush-o-matic.

Ms. Fritinancy, I can feel you rolling your eyes in despair.

Maybe I'll taste those TXT Cellars wines as a subsidiary of my "Drinking with my Ladybrain" series; I may have to recruit a millennial or two to see if we have different palates.