« Word of the Week: Minaudire | Main | They Got It Backward »

Congratulations—you finally have a name for your company/product/organization. Take a bow, but don’t put away the thesaurus just yet.

After the name, the tagline—sometimes called the slogan* (or, if you’re in the UK, the strapline)—is the most visible language in your verbal brand. And yet taglines are too often lazily or hastily slapped together from tired formulas: A Passion for X, X Just Got Better, People Profit Performance (or Performance People Profit).

Worse, some marketing gurus have decreed that because most taglines are bad, no tagline is worth the trouble. That’s simply untrue, and “Just Do It” isn’t the only evidence.

Before I share some tips for building a better tagline—and by “better” I mean “better for your brand”—here’s a reminder of some of the ways in which a tagline can be worth the investment in time, money, and brainpower.

That’s a lot of benefit from just a few words.

We make it easy ... You make it amazing. (Wilton Brands)

Reach out and touch someone. (AT&T long-distance)

You deserve a break today. (McDonalds)

When it rains it pours. (Morton Salt)

Do something creative every day. (Paper Source)

The thought that counts. (Changing the Present)

The best part of waking up is Folger’s in your cup. (Folger’s Coffee)

Wheels when you want them. (Zipcar) 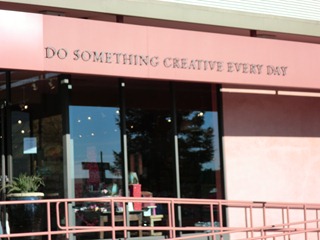 What do these taglines have in common? Not length. Yes, some of the best taglines have just three or four words. But the inspirational Wilton’s tagline is eight words long. And the Folger’s tagline—which has a place of honor on many “best taglines in history” lists—is 11 words long. (Someone—it may have been copywriting guru Herschell Gordon Lewis, although I can’t find the citation—once declared that the Folger’s tagline was the number-one best tagline ever. Lewis’s own tagline, by the way, is “The godfather of direct marketing and gore,” which is pretty darned good, too.)

In fact, it’s impossible to generalize about effective taglines. The good ones draw on a variety of elements and techniques, including:

In Part 2 of “Building a Better Tagline,” I give some suggestions for creating or refining your own tagline. And for further exploration:

* “Tagline” and “slogan” are often used interchangeably. Sometimes, though, “slogan” refers to a temporary motto used in an advertising campaign or a limited-time promotion.

Posted at 07:22 AM in Advertising, Branding, How To, Naming 101, Slogans and Taglines | Permalink

Excellent topic and excellent discussion. When taglines work, they can even become part of the culture and enrich the language.

But I have a small quibble. The rhyme is the Folger's slogan (up/cup) isn't a near rhyme; it's a full rhyme (unless you speak some dialect that gives a different value to the u's in these words).

@Rolig: Aaarrggh ... I originally had a different near-rhyme example and then I ... oh, never mind. Thanks for catching the error--I've fixed it!

Did you hear about Sofa King in the UK, whose long time ad slogans have been banned.
"Sofa King Low!" "Sofa King Cheap!"
http://www.telegraph.co.uk/finance/newsbysector/retailandconsumer/9110816/Sofa-King-advert-banned-for-swearing-slogan.html

This is great, Nancy. Another thing the examples have in common: commas bad, periods good, no punctuation best of all. Any thoughts on that?