TV food-show host Rachael Ray, known for her bubbly manner, inventive vocabulary, and shortcut recipes, lends her name and image to a brand of dog food called Nutrish. The brand was introduced in mid-2008; all proceeds from its sale go to Rachael’s Rescue, which helps abandoned and mistreated animals. 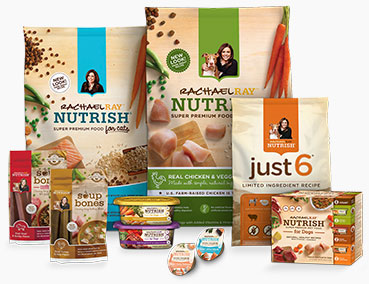 If you think I’m going to mock the “Nutrish” name, think again. It’s just about perfect.

It might be consistent with Ms. Ray's casual vocab(ulary), but if one finds that vocabulary sort of annoying, one might also find the brand name sort of annoying. Just sayin'.*

* There's a whiff in this argot of the teenage girl that seems as out of place as it would for an adult woman to wear the fashions of that age set. Or so it seems to me, dunno. (I otherwise have no opinions, yay or nay, about Rachel Ray.)