Where does a style-savvy girl have to shop to buy a vowel nowadays? I’m looking at you, BLK DNM, the newish anti-fashion fashion boutique in downtown Manhattan that the New York Times profiled last week. (Reporter Jon Caramanica called BLK DNM “in essence an aggressively priced Uniqlo or Gap for the upper echelon of the invisible.”) 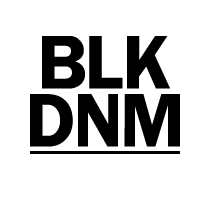 I’d dismiss BLK DNM as a pretentious anomaly if I hadn’t seen evidence that it is in fact part of an annoying trendlet. Let’s take a look: 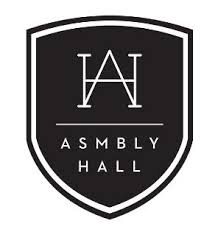 Of course, the whole thing started several years ago when tech companies like Flickr, Plnnr, and Dlvr.it (RIP) eliminated vowels to obtain short domain names. It sends one message when a scrappy startup cheats on spelling and quite another when the vowelless name belongs to an image-conscious fashion brand. By belatedly jumping on the bndwgn, are retailers trying to sell us austerity? Or are they just moving too fast to vowel up?

It's just a natural result of the growing international influence of Bulgarian on technology and advertising.

I know what I'm getting you for your birthday - the new Madonna album!

Being the snarky contrarian that I am, I will insist on pronouncing every damn one of these exactly as it is spelled. So there!

@Mark: What's the street price of MDNA these days?