On the Visual Thesaurus: Branding the Umlaut

Access to the full article is restricted to subscribers; here’s a täste:

Most sources trace the American fad for gratuitous umlauts back to Blue Öyster Cult, the rock band founded in 1970 in upstate New York. According to the band’s Wikipedia entry, the music critic Richard Meltzer suggested the umlaut “because heavy metal is Wagnerian.” Motörhead followed suit in 1975 (“I only put it there to look mean,” the group’s lead singer said of the umlaut); the double-umlauting of Mötley Crüe, formed in 1980, is said to have been inspired by the label on a Löwenbräu beer bottle. These “metal umlauts,” or “rock dots,” were spoofed in 1984 by the parody band Spinal Tap, whose Gothic logo contained an umlauted N. 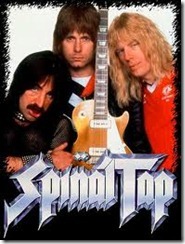 Read the rest of the column! And for even more on umlauts, read my previous posts on accented brands.

UPDATE: John McGarvey, a copywriter in London, has informed me via Twitter of a UK dessert brand called Gü Puds (that’s pud as in “pudding,” British for “dessert”; pud has a very different meaning in American English). Yep, it’s another yummy smiley umlaut:

Back when we were born in 2003 – we thought long and hard for a suitable name for our decadent treats. We began by playing around with the word goût – French for taste. However, gout in English refers to an unsightly disease of the foot; not at all appropriate for puds! We eventually came up with Gü (pronounced ‘goo’) – which evokes the gooey oozing nature of our puddings.

"Gout in English refers to an unsightly disease of the foot; not at all appropriate for puds!"

"Pud" for "pudding" still makes me smile; apparently the slang sense "penis" is also known in the UK, but it must be buried much deeper than the "dessert" sense.

OY! Or should I say öy! This makes me tingly all over.