Word of the Week: Kettling 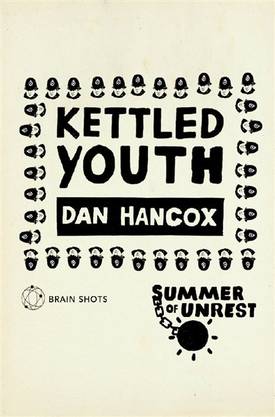 Kettling: The corralling of demonstrators by police into a limited area, where they are contained as if in a kettle. The tactic is controversial—the kettled civilians may be denied food, water, and access to toilets—and occasionally dangerous: demonstrators may be confined so closely that they risk being crushed.

The term originally came to public notice during the G20 summit in London in April 2009. The tactic, however, is considerably older: It was used during a 1995 wheelchair protest in London’s Parliament Square and a decade earlier in Germany during an antinuclear demonstration.

In fact, World Wide Words suggests that kettling may be a direct translation of a German word:

The most plausible suggestion is that the word is from German, in which Kessel is the everyday word for a kettle or similar vessel, such as a central-heating boiler (it is sometimes translated as the more evocative cauldron). The derived verb einkesseln (“to enkettle”) means to encircle or surround, principally in the military. This may come from an older sense of Kessel for a semi-circular ring of hunters driving game before them. The best-known example of the military sense is the Stalingrad Kessel of 1942, so called at the time by the German forces besieged in the Russian city. …

German police employ the same technique as the British, calling it Polizeikessel. The term is older than the English kettling (it appears in the publications Die Zeit and Der Spiegel in June 1986 and may well be earlier). Might it be that sharing knowledge of the technique between the national police forces lead to kettling being created by the British police as a loan translation?

However, a retired senior member of the Metropolitan Police tells me that the word isn't used by the UK police, practitioners calling it containment; he suggests that the term is a media construct, which may suggest that the use of it by the German police is irrelevant and that it came into use through reporters’ memories of the films.

Or not. An April 16, 2009 article in BBC News quoted former London policeman Andy Hayman, who wrote in a Times (UK) blog a day before the G20 summit:

The tactics are to herd the crowd into a pen, known as “the kettle”... the police will not want groups splintering away from the main crowd.

Which suggests that the police weren’t taking linguistic marching orders from the press or anyone else.

Kettling was employed again in the UK during the student protests of November and December 2010. In response, some computer programmers created an anti-kettling communications network called Sukey. (The name came from a line in a nursery rhyme: “Polly put the kettle on / Sukey take it off again.”)

This autumn kettling made its first appearance in the United States. Here’s the lede of a Gawker story published October 1:

Having, apparently, nothing better to do, NYPD spent Saturday allowing Occupy Wall Street protesters to halfway-cross the Brooklyn Bridge before cutting the marchers off and arresting several people, a controversial crowd-control tactic known as “kettling.”

For more about the history of occupy as used in “Occupy Wall Street,” as well as related words and slogans from the current protests, see Ben Zimmer’s recent Word Routes column, “Occupy Word Street,” and his interview on NPR’s “On the Media.” I’m betting on occupy as a contender for 2011 Word of the Year, but kettling could have a chance at one of the sub-categories (Most Creative? Most Euphemistic?).

__
Image: Cover of Kettled Youth by Dan Hancox, an e-book published by Random House and available for Kindle download.

Posted at 07:06 AM in British, Current Affairs, German, Jargon, Word of the Week, Word of the Year | Permalink