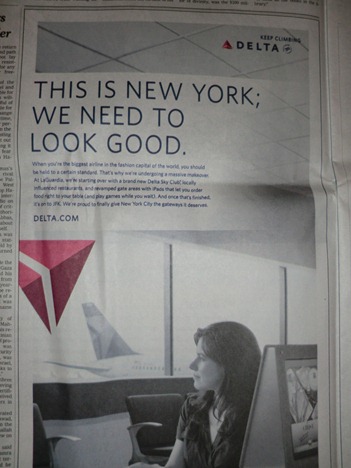 Emboldened by your headline, I will disclose that several years ago I underwent a surgical procedure that left me, for four months, with two semi-colons. I'm now restored to ownership of a complete :.(I will understand if this comment doesn't get past moderation.)

Yesssss! Semicolon plus serial comma — in a single ad, no less. Literacy lives.

And continued good health to rootlesscosmo, he/she of the successful colon splice...

Thank you. This is a wonderful post for me. The links are great and I can never have too many examples of "correct" semicolons.

So now I'm confused, because I always used a serial comma which I understood was called the Oxford Comma (the title of one of my very favorite Vampire Weekend songs, by the way.) Then I read that it has been rendered obsolete. So I have diligently been UNtraining myself in the ways of the serial comma. But if I understand you correctly, it's a personal choice?

Also: the semicolon has always been my favorite punctuation mark. Thanks for giving it its due.

@Nancy: Yes, the serial comma is the same as the Oxford comma. It most definitely is NOT “obsolete.” It isn’t used in Associated Press (daily newspaper) style—space saving?—but is “strongly recommended” by Chicago Manual of Style (book publishing).

As I said in the post, it’s a style choice. See Apple.com’s content for consistent, correct use of the serial comma in marketing copy.

Thank you Nancy for yet another great post. Delta is good at using semi-colons, but I believe the period after 'wait' should be outside the brackets, not inside.

@Catherine: Thanks for your close reading! The error was mine, not Delta's (typing too fast...). I've fixed it now.

Kudos to Delta on a rare case of corporate literacy. Now, if only they could work on improving their customer service...