Word of the Week: Resistentialism

Resistentialism: “The theory that inanimate objects demonstrate hostile behavior toward us.” – Anu Garg, The Dord, the Diglot, and an Avocado or Two: The Hidden Lives and Strange Origins of Common and Not-So-Common Words. 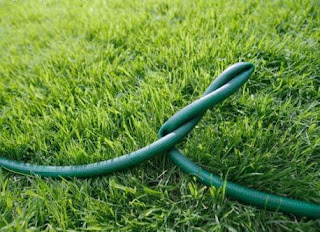 From Garg’s entry in the book:

If you ever get a feeling that the photocopy machine can sense when you’re tense, short of time, need a document copied before an important meeting, and then it breaks down on purpose, you’re not alone. Now you know the word for it. As if to prove the point, my normally robust DSL Internet connection went down for two hours just as I was writing this. I’m not making this up!

I was surprised that resistentialism had never been a Word of the Week, because it’s a word I have found invaluable ever since I first heard it, some 15 years ago. Just last week I encountered it again in an enlightening and often amusing book I’ve been reading, Bozo Sapiens: Why to Err Is Human, by Michael Kaplan and Ellen Kaplan*. The Kaplans write at the beginning of Chapter IV:

Life calls us out of the private fastnesses of our heads into a world of things, things we valiantly attempt to steer, start, or stop—and this opens a whole new playground for error. The English humorist Paul Jennings once proposed an alternative to the existentialist nausee that was then washing across from Paris: resistentialism. This “somber, post-atomic philosophy of pagan, despairing nobility” held that “things are against us.” And it seems they still are: rather than the masters of the physical world, we remain mere “no-things,” doomed to be pushed around by scornful and uncooperative objects—pianos that mock our sausage fingers; computers that develop transient but alarming hypochondria; keys, socks, and teaspoons that scurry off to their secret covens and never return.

Word Spy (Paul McFedries) tells us that resistentialism first appeared in print in 1963 “[o]r possibly earlier; I saw conflicting dates, which were probably just resistential computer errors.” The passage in question appeared in “Report on Resistentialism,” which was published in The Jenguin Pennings:

Go into any of the little cafés or horlogeries on Paris’s Left Bank (make sure the Seine is flowing away from you, otherwise you’ll be on the Right Bank, where no one is ever seen) and sooner or later you will hear someone say, ‘Les choses sont contre nous.’ ‘Things are against us.’

For examples of resistentialism in action, see the blog Things Are Against Us. See also The Case of the Disappearing Teaspoons, a summary of a study by two Australian scientists, published in 2005, that concludes:

People have no control over teaspoon migration; escape to a spoonoid planet and resistentialism are equally plausible explanations.

* The Kaplans are mother and son; she’s a historian who has also co-authored two books about mathematics; he’s a writer and filmmaker. Michael Kaplan also writes a blog called Bozo Sapiens.

Posted at 07:08 AM in Behavior, Isms, Technology, Word of the Week | Permalink

Nero Wolfe - Rex Stout's fictional detective (1930s through 1970s) was somewhat known for this resistentialist attitude. There's a quotation in one of the books to the effect that he always assumed any car he rode in was going to crash, and there were other instances of mistrust/anthropomorphism of inanimate objects.

Too bad objectivism was already taken.