Now that we’ve taken a swig of swagger, the current word of the week, let’s look at swagger’s siblings, swag and schwag.

First, we’ll dispense with a bit of etymythology: swag is not an acronym for “stuff we all get,” no matter what the New York Times Sunday Styles section tells you. (Indeed, a correction to that effect was published Sept. 26.) It can, however, be an air force acronym (U.S. or Canadian) for Scientific, Wild-Assed Guess (distinguished from the layperson’s WAG, your basic wild-assed guess).

Swag actually predates swagger; both come from the same Old Norse root word sveggja, meaning “to swing or sway.” Swag (verb) entered English in the 1520s, says the OED; swagger came along about half a century later. But swag (noun) had been in use since the 1300s to mean “a bulky bag.” That sense may have given rise to Australian and New Zealand swag = bedroll. A swagman, as in the first line of “Waltzing Matilda," belonged to “an underclass of transient temporary workers, who travelled by foot from farm to farm carrying the traditional swag (bedroll).” (Wikipedia)

But Australian swag has come up in the world, if this copy for Blue Mountain Private Safaris is to be believed:

Your bed is a ‘swag’ - the bedding of choice for generations of pioneers in the Australian bush. Our swag is the deluxe version - a thick mattress, 100% cotton linen (500 threadcount!), a cosy duvet for the cooler bush evenings and a choice of pillows – despite the secluded bush location, we intend for you to have a great night’s sleep. Your swag is laid out on a raised platform, an inlaid cushion provides another layer of comfort underneath your mattress, while above you are the southern skies and a canopy of stars that stretch from one ridgeline to another.

By the late 18th century swag had come to mean an ornamental festoon. 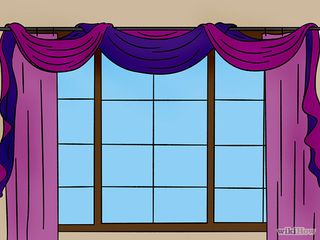 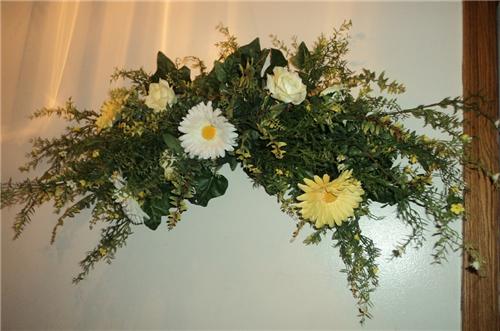 “Swag lamp” is attested from 1966. The lamp is suspended from a slack chain or rope. 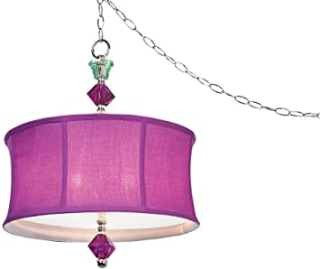 Since the 19th century, swag has also been been associated with the criminal underclass. A swag shop, first documented in 1829, according to the OED, sold “small, trifling, or trashy articles.” And as early as 1794, swag was English criminals’ slang for “a quantity of stolen property; loot.”

Which brings us to a contemporary meaning of swag: items given away for free, usually for promotional purposes. This swag first appeared in print in 1961, in the Pittsburgh Courier, but not between quotation marks—which suggests that the term was already familiar to at least some readers:

I … recently encountered the one [sc. airline] that seems to give away the greatest amount of swag. …  Travel booklets, a silk scarf, a pair of soft slippers, [etc.]. (OED)

The “trifling, low-grade” sense of swag led to its being appropriated as a slang term for inferior or ersatz marijuana (first published appearance: 1986). Sometime in the early 1990s swag became schwag, “perhaps after words of Yiddish origin” such as shmuck, says the OED—although Yinglish schlock (something of inferior quality) seems an equally likely influence. (Of course, one must never underestimate the influence of Wayne’s World [1988-1994] and schwing.) Besides being a synonym for bad marijuana, schwag can also be a modifier meaning simply “inferior.”

Then again, schwag sometimes refers to promotional swag, as in a 2001 Wired article, “Schwag Bag”:

Jerry McLaughlin doesn't pretend to understand the many mysteries of schwag.

"Honestly, I don't think anyone has figured it out," says the amiable, babyfaced 36-year-old CEO of Branders.com, a Bay Area startup that is using the Internet to reinvent one of the oldest advertising shticks on Earth – logo-stamped freebies, aka promotional products, tchotchkes, swag, or, if you prefer the faux-Yiddish derivative, schwag.

Recently, swag has evolved into an abbreviation for swagger in the hip-hop sense.

… provides context but no definition for swag:

Kreayshawn — born Natassia Zolot — is an of-the-moment agglomerative pile of styles, memes and references: music influenced by classic Bay Area hip-hop, an obsession with Gucci Mane, chola fashion style, the relentless use of the word swag, a couple of members of Odd Future in the “Gucci Gucci” video and more.

Sample line from “Gucci Gucci”: “I got the swag and it’s pumping out my ovaries.”

And an article about the TV show “So You Think You Can Dance,” also published in August, includes these paragraphs:

Tiler Peck, the New York City Ballet principal, is rarely praised for her “swag.” So she watched with amusement recently as a judge on “So You Think You Can Dance” used the expression to applaud a hip-hop performance. Ms. Peck was in an apartment in Carroll Gardens, Brooklyn, with four other New York-based professional dancers who had gathered for a viewing of that Fox reality show.

The tap dancer and “Stomp” cast member Michelle Dorrance turned to Ms. Peck: “Can you imagine if you went on there and did some Balanchine, and they were like, ‘Your tendu has so much swag!’ ”

As far as I can tell, that Times article is the only published source for the sentence “Your tendu has so much swag!” And now this blog post makes it two sources.

Admirably comprehensive! I'd forgotten about 'swagman.' And the safari bedding copy reads like Banana-speak. Surely we've not seen the last blooming of swag, which also fulfills the fun-to-speak-aloud criterion.