Word of the Week: Skive 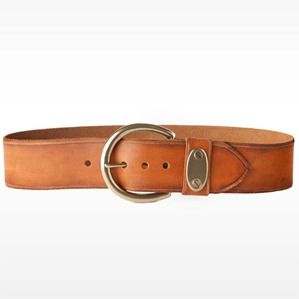 The splitting/cutting use of skive was first recorded in English around 1825, but its roots are much older, going back to Old Norse skifa. A related word, spelled shive or schive, was recorded in the mid-13th century as a noun meaning “a slice of bread.” In the 16th century shive meant (a) the kneecap or (b) a pane of glass.

By 1915, in New York at least, a shive was a razor. Very soon thereafter the terminal e was dropped and the word became shiv, a knife (especially one fashioned in prison). Both shiv and shive are variants of chiv(e), thieves’ cant for “knife.” That sense of chiv(e) goes back to 17th-century England.

Meanwhile, skive acquired several alternate meanings, too. Since 1843, according to the OED, it has meant “a revolving iron disk or wheel used with diamond powder in grinding, polishing, and finishing diamonds and other gems.” (The word was imported from the Dutch schijf, which rhymes with “life” and means a disk or wheel.) It was recorded in the mid-19th century as a dialect word of uncertain origins meaning “to move quickly or lightly; to dart.” Since 1919 or so, it’s been a British slang term meaning “to evade” or “to shirk.” It’s often seen as “skive off”; Wordnik gives this example:

“When he was a student at RADA, he would skive off (because it was ‘full of poofs and ponces’) and wander the streets ‘like a tramp.’”

That “shirking” meaning of skive may be related to the dialect word or have a different source altogether: French esquiver, to dodge or slink away. Or could it have a distant relationship to the shaving/paring meaning—as in American slang “to cut (classes, etc.)”?

Not related to skive, but included here because I knew you’d ask: skeevy (“disgusting”) is an American slang term that the OED says comes from Italian schifo (“disgusting”). It’s related not to skive but to “eschew.” Read more at Language Log.

And then there’s this: I once learned a few words of Afrikaans, and the only one I’ve retained is skafie (rhymes with “day fee”), which has the wonderfully specific meaning of “a segment of an orange, clementine, or tangerine.” Since Afrikaans is related to Dutch, the word probably comes from Dutch schijf (disk), but it seems to me just as likely to mean “to split or cut.”

Posted at 07:35 AM in Etymology, Fashion, Food and Drink, French, Portmanteaus, Slang, Trademark, Word of the Week | Permalink

Skive in British slang is also used as a noun: "Why did he hire that lot of skives?"