Jessica Simpson, the singer-turned-actress-turned-shoe-and-clothing-designer-turned-parfumieuse, has loaned her name to a new fragrance, I Fancy You, introduced in July. It’s the latest variation on a Simpsonian fragrance-nomenclature theme that began with plain old Fancy (2008) and now includes Fancy Love and Fancy Nights. All of the fragrances are made by Parlux. 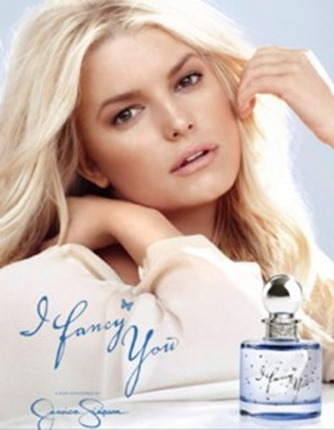 The fragrance opens with fruity notes of Fuji apple and pear. The heart is made of white flowers such as tuberose and lily of the valley, settling at the woody - musky sandalwood base.

A soft, velvety floral musk, I Fancy You naturally expresses the charming ‘Girl Next Door’ side of Jessica Simpson: delightful, kind, loving and innocent with just a hint of flirtatiousness. In the graceful tradition of young courtship, I Fancy You is like a love letter proclaiming the joy of discovering the perfect someone to share a first romance.

In other words, it’s a whole lot of nose candy.

But it’s the name that smells off to me. It’s not that I don’t accept “to fancy” as meaning “to like” or “to be attracted to”—I just don’t accept it as authentic from a 31-year-old woman from Abilene, Texas. It’s too British.

At one time, about 100 years ago, the verb “to fancy”—a contraction of fantasien, to fantasize about—was about equally popular on both sides of the pond.* Today, Americans use “fancy” mostly as an adjective. (Exceptions include the mocking “Fancy that!”, the frequently misquoted Tennyson line “In the spring a young man’s fancy lightly turns to thoughts of love,” and Cat Fancy magazine.) Wikipedia’s “list of words having different meanings in British and American English” has this to say about “fancy” the verb:

US colloq. equiv. of “to fancy” is “to like” something or someone (or regarding tastes and preferences, “to love”); “fancy” as a verb is now used in the US almost solely by UK ex-pats, but was once oft-used by Southern gentility (landed gentry)

Or as a blogger for the Amarillo (Texas) radio station KISS-FM put it, somewhat more crudely, in a review of “I Fancy You”:

Who say’s [sic] “I fancy you” anymore? Anybody? Can anybody think of the last time they’ve said that while trying to be serious? I told my grandma about this and even she thought it was dated!

Sometimes an American writer will exploit that sense of fustiness for effect, as in this contemporary (as in, yesterday) account of a date with an unhappy ending:

Right before my friend flirted her way into a life-long relationship, she pushed me into a young lad whom she thought I would fancy.

“I Fancy You” is definitely miles, if not continents, away in tone from the title of Ms. Simpson’s 1999 hit, “I Wanna Love You Forever.” I wonder whether someone in the Simpson entourage was under the influence of a more recent minor hit, “Do You Fancy Me?”, which was featured on Season 6 (2009-2010) of the American TV series Grey’s Anatomy. The singer, Kerry Leatham, is originally from Colchester and now lives in London.

Listen to the song in context and on its own.

Do You Fancy Me? was also the name of a short-lived British TV series. 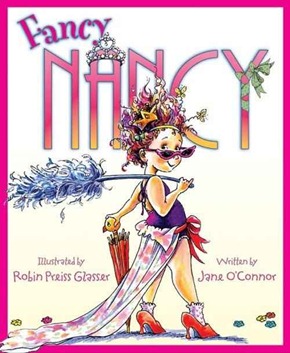 * See, for example, the Ngrams for British and American usage of “you fancy.”

Posted at 10:24 AM in British, Music, Naming, Perfume | Permalink

I agree -- it's way too British for Jessica. Aside from that, I think the phrase is unwieldy as a brand -- too many slippery vowels, maybe, and not enough consonants? Without the F, it would practically be a yodel

As one Fancy Nancy to another, I agree re the word association. It's like when Madonna from Detroit became British by penetration and started calling potato chips "crisps" for awhile. Thank you for throwing a flag on the inappropriate adoption of British-isms play.

I agree that it's a terribly unwieldy name for a perfume. I also have to wonder how it will play in the demographic the marketers are targeting.