« A Name Change for the Better | Main | Word of the Week: Ring Fencing » 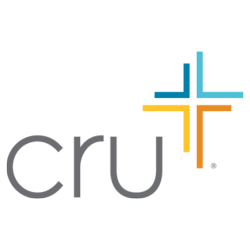 On the organization’s website, the first FAQ is about a different C-word and why it’s gone missing:

We care more about effectively proclaiming the love and forgiveness of Jesus Christ then we do about having the word “Christ” in our name.

As for the third C-word:

The word “campus” does not adequately represent all our ministries in the United States and confuses our constituency as well as potential partners.

“Cru,” it turns out, has been the organization’s nickname since the mid-1990s. The truncation is in step with a recent trend in nomenclature: compare Radio Shack’s rebranding as The Shack and Pizza Hut’s attempt to slice itself down to The Hut.

Of course, “cru” also has other connotations, although none as offensive as “crusade.” In wine jargon, a cru is a specifically named growth place and the wine produced there; premier cru means “first growth,” and grand cru means “great (or excellent) growth.”

“Cru” is also a homophone of “crew.” On a college campus, it’s easy to see how “Cru” could be mis-heard as “the rowing team”—or as a familiar form of J. Crew, the retailer.

Crossword expert Amy Reynaldo, who blogs at Diary of a Crossword Fiend, informed me that “there’s a longstanding group of NYT crossword fans called ‘the Cru’ (short for ‘cruciverbalists’ and playing on ‘crew’).”

And then there’s the heavy-metal Crüe.

The official press release implies that no naming consultants were harmed in the development of “Cru”:

“We believe wholeheartedly that God has given us this new name,” said Steve Sellers.

Our primary and ultimate dependence is on the Lord. However, we enlisted the help of consultants because we don’t have the expertise in brand survey methods and testing that they do. Two agencies, Brandtrust and Prophet, facilitated a wonderful process of helping us understand what we best offer our stakeholders and how our ministries fit together. Prophet led us through an extensive naming process. The final choice of Cru testifies to both their wisdom and their humility.

Armin Vit of the influential design blog Brand New reviewed the new name and visual identity in a blog post yesterday (“A Crusade Against Long Names”). His judgment:

The new name, despite sounding like a hip restaurant serving things with foams, is pretty good. It makes it more manageable, memorable, and given the size of the organization I’m sure it will get good traction very quickly. It’s also contemporary and without the load of all the other words.

But many Brand New readers begged to differ:

“I don’t think I’m going out on too much of a limb to suggest that the last good shortened brand names were 3M and FedEx.” – John Mindiola III

“Are they insane? Did they go to school? Have history classes? To begin with, how can any brand or organization possibly want to associate and name itself after a barbarian movement responsible for the savage killing of Jews, Muslims and Greek orthodox Christians?!” – Marcio

“I have no problem with religious organizations, but I believe that any organization’s motives should be clear, especially for such a volatile topic such as religion. The ‘ambush’ style of evangelism is disingenuous … ” – John

The most interesting comment came from Matt S., who identified himself as a staff member of Campus Crusade for Christ:

In fact, the 1600 names were narrowed down to 4 top choices (by a team), and Cru was not one of them, since the team assumed it would carry the baggage that Crusade did, and other reasons.

However, the company (Prophet) who was to administer a survey about the possible name choices required 5 names for the survey (I assume for statistical analysis reasons), so Cru was thrown in, and expected to fail. Even Prophet replied something like, “Okay, we’ll add it. But it’s not going to win.” Ironically, Prophet was wrong and it showed the best response seemingly in ever category amongst each demographic tested (staff, volunteers, donors, Christians, people who aren’t Christian or religious, etc.). In that, the teams saw both logic and God’s sovereignty in recommending the name Cru to the board of directors.

To which Tez responded:

First mistake they focus tested the name. My extensive experience is that nothing good ever comes from focus testing.

I agree with Tez: focus-grouping a name is never a good idea. And although I don’t miss “crusade” in the name, I see “Cru” as just Crusade Lite: a cuter, friendlier way to say “our religion is the only one that counts.”

And I can imagine the very brief dialogue that will ensue the first time someone asks a Cru member where the name came from and what it means.

Rebranding? Not really. Not at all.

Posted at 07:26 AM in Naming, Religion, Renaming, Truncation | Permalink

Thank you for the hat tip - and as for negative connotations, let's not forget Cruella De Vil while we're at it!

"The Crusades were a stupendously bloody three-century-long series of religious campaigns to bring the Holy Land under Christian control."

Surely that should be to RETURN the land to Christian control. :-)