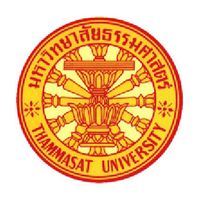 In the course of researching classical vocabulary for a naming project, I found myself on the Wikipedia page that lists college and university mottos. There I found plenty of Latin and Greek: more than one “Fiat Lux,” which happens to be the motto of my own alma mater; the guaranteed-inoffensive “Sol Lucet Omnibus” (“The sun shines over everyone”) from Lusiada University in Lisbon; and the admirably concise and stoic “Surgite!” (“Push on!”) from Brock University in St Catherine’s, Ontario. I also found lots of truthy mottos: Harvard’s “Veritas,” Yale’s “Lux et Veritas,” Howard’s “Veritas et Utilitas,” the University of Łódź’s “Veritas et Libertas.” Unsurprisingly, Cardiff University has a Welsh motto (“Gwirionedd Undod A Chytgord,” which translates to “Truth, unity, and harmony”) and the Universidad del Pais Vasco has a Basque motto (the incantatory “Eman ta zabal zazu,” which means “Give and spread it,” and no, I’m not sure what “it” is).

But there were also revelations. Who knew—not I, that’s for sure—that Stanford University had a German motto? It’s “Die Luft der Freiheit weht,” and it means “The wind of freedom blows.” Oh yes, there’s a story behind that motto; Stanford’s former president, Gerhard Casper, told it at some length in a 1995 address.

If you were on Jeopardy and had to name the US university better known for its men’s basketball team than for its Anglo-Norman motto, what would be your guess? OK, I’ll give it to you: It’s Seton Hall, in South Orange, New Jersey, and the motto is “Hazard Zet Forward”—“Despite hazards, move forward.”

Two Canadian colleges have Native (First Nation) mottos: Thompson Rivers University’s is “Quansem Ilep” (“To strive ahead” in Secwepemc) and the University of Northern British Columbia’s is “En Cha Huná” (“Other people have their point of view” in the Dakelh language—and wouldn’t that be a lovely motto for the entire country of Canada?). Two Canadian colleges use Scottish Gaelic mottos—“Mo Shùile Togam Suas” (University of Calgary, “I will lift up my eyes”) and “Theid Dìchioll Air Thoiseach” (Cape Breton University, “Perseverance will triumph”). That appears to be two more Scottish Gaelic college mottos than you’ll find in all of Scotland.

I love that Macquarie University, in Sydney, takes its motto—“And Gladly Teche”—from the Prologue to Chaucer’s Canterbury Tales. As far as I can tell, only Gallaudet, the private university in Washington for the deaf and hard-of-hearing, has an Aramaic motto; is it fitting that the motto is the nearly unpronounceable “Ephphata” (“Be opened,” from the New Testament)? I found it curious that five Dutch universities have English mottos. (“For quality of life”? Really, Wageningen University, I think you can do better.) I’m much more taken with Virije Universiteit’s “Gewoon bijzonder,” which means “Simply extraordinary” and seems, even to this Dutch-illiterate, like it would be fun to say.

Hard as it is to pick favorites, I’m going to single out one motto I found particularly charming and plain-spoken. It’s from an institution that was founded in 1894 in Swannanoa, North Carolina, as a high school for poor farm boys. In the 1920s it became a coed vocational school named for Warren H. Wilson, former superintendent of the Presbyterian Church’s Department of Church and Country Life; in 1967 it became a four-year college. In 1952 it earned the distinction of being one of the first colleges in the South to desegregate when college residents voted 54 to 1 to invite Alma Shippy, an African-American woman from Swannanoa, to join their ranks.

And the motto of Warren Wilson College? “We’re not for everyone... but then, maybe you’re not everyone.”

The title of this post is my Dog Latin variation on Ars longa, vita brevis (“Art lasts, life is brief”). The image is the seal of Thammasat University in Bangkok, whose motto translates to “Be the finest, be fair, be the main engine of the society.” Thammasat also has an unofficial motto: “I love Thammasat because Thammasat teaches me to love the people.”

Posted at 07:19 AM in Education, Slogans and Taglines | Permalink

I am guessing that the Rhode Island mavericks who came up with "In Deo Speramus" as Brown's motto in 1764 were unaware of the opportunities for amusement that "speramus" would provide a few hundred years later.