« And Speaking of -LY Company Names | Main | Fun and Games »

Word of the Week: Declinism

Declinism: “The belief that something, particularly a country or a political or economic system, is undergoing a significant and possibly irreversible decline.” (Word Spy)

“Declinism” also describes an outlook on language, as Robert Lane Greene explains in his new book You Are What You Speak: Grammar Grouches, Language Laws, and the politics of Identity. Writing about the punctuation grouch Lynne Truss (Eats, Shoots & Leaves)*, Greene says:

Language grouches have been singing that song for centuries, writes Greene, and it’s just as unwarranted as it was “when Swift said the same thing in 1712”:

Not only is declinism not new, as hundreds of years of examples show. It is not particular to the Anglophone world, either. Not only have English and American schoolmarms worried about “kids these days” for centuries. Similar concerns have nagged speakers of languages around the world throughout recorded history.

Cicero, for example, griped that standards of knowledge of Latin were “disgraceful.” And in the 19th century Jacob Grimm—one half of the Brothers Grimm, and a philologist as well as a fairy-tale collector—complained that “six hundred years ago every rustic knew, that is to say practiced daily, perfections and niceties in the German language of which the best grammarians nowadays do not even dream.” 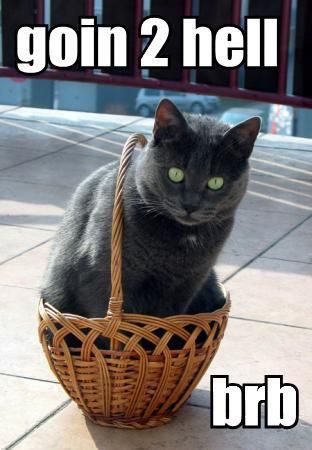 According to Paul McFedries of Word Spy, “declinism” was coined in 1988 by the American political scientist Samuel P. Huntington for an essay in Foreign Affairs. Huntington wrote:

In 1988 the United States reached the zenith of its fifth wave of declinism since the 1950s. The roots of this phenomenon lie in the political economy literature of the early 1980s that analyzed the fading American economic hegemony and attempted to identify the consequences of its disappearance.

McFedries calls declinism “the ‘apocalypse soon’ school of international relations”; its opposite is “triumphalism,” coined in 1964. “Declinism” appears to be a back-formation from the much earlier “declinist.” An 1831 citation for “declinist” appears in the Oxford English Dictionary, which (says McFedries) “mentions the ‘doctrine of the decline of science’ and labels one of its proponents as ‘the leader of the Declinists.’”

“Declinism” is used much less frequently in connection with language. Robert Lane Greene may have imported it from the language of political science; he is, after all, not a linguist but rather a journalist and expert in international affairs. He’s also a contributor to The Economist’s excellent language blog, Johnson.

Elsewhere in the world of isms: presentism, quotationalism, completism, and endism,

* From Geoffrey Nunberg’s review of You Are What You Speak in the New York Times Book Review: “We’ve passed from the thoughtful homilies of Fowler to the pithy dictums of Strunk and White to the operatic curmudgeonry of modern sticklers like Lynne Truss, whose gasps of horror at the sight of a misplaced apostrophe are a campy cover for self-congratulation.”

Posted at 06:13 AM in Books, Isms, Linguistics, Usage, Word of the Week | Permalink

Declinism is crap, or at least it is these days. I hear it used to be better.

Great topic. From Tim Parks's entertaining piece on Italy in the 4/11 New Yorker:

Ever more petit bourgeois, consumerist and fascistic, the tele-stupefied country has lost all awareness of culture and language. It has lost all memory of itself, its history, its identity. Italian has become a horrendous language, a babble invaded by media languages which expresses nothing but merchandise and consumption.