The Olsens and the Cohens

So it’s a very nice white shirt, which of course is a must-have! And look! It has your name. 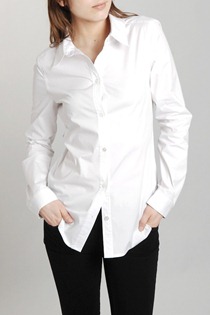 “Polish Cohen”? I ask you: Where did a couple of shikses named Olsen come up with that? I mean, it’s not as though they’re also selling the Goldberg Pants or the Markowitz Dress. (Although I wouldn’t exactly object to a Friedman Skirt. Just saying!) No, we’ve got the Bogart trenchcoat and the Emery blazer and the Emma maxi skirt (which, you should pardon me for saying so, looks like it should be called the Grateful Dead I Need a Miracle Skirt). Totally goyish! Not that there’s anything wrong with that!

Oh, and here’s the really meshuggeneh thing: Polish Cohen has relatives! No, not the Lithuanian Cohen and the Somewhere-Near-Kiev Cohen. I’m talking about the Back-Zip Cohen, 50 percent off (such a deal!) at The Outnet. 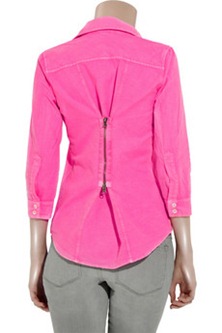 And the Wilderness Cohen, which Saks Fifth Avenue calls (what else?) a must-have. 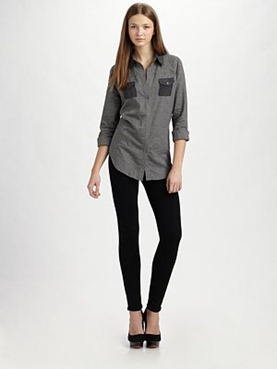 And for those warm-weather months—or maybe the Hadassah convention in Miami Beach—we have the Summer Cohen, available at SSense. 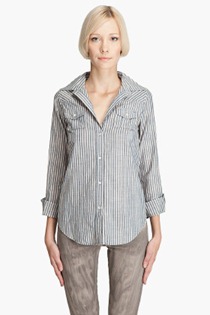 Kind of plain, I know—it would kill them to add some ruffles?—but nice and roomy, so you can nosh to your heart’s content!

So maybe you can explain this Cohen business to me? Because honestly, bubbeleh, I don’t understand.

I'm more disturbed by the fact that the Wilderness model doesn't appear to be human.

You have your answer: Mary-Kate and Ashley.

@Scott: She may be one of the Models Who Want to Kill You: http://thehairpin.com/2011/02/saluting-the-catalog-models-who-want-to-kill-you/

It's Miss Summer Cohen who looks nonhuman to me. What happened to her thighs? Eek!

I'm with Jan - I'm worried that Miss Summer Cohen hasn't eaten since last summer. Other than that, this is one of your best ever, which is pretty much what I write on every column. But what do you expect from a goyim?

What, I should pay $225 for a plain white blouse that hasn't even bothered to change its name to try to pass? I know, SOMEBODY has to buy retail.

My grandma would have said, "You're wearing that? Why don't you take a little care and pay attention to what you look like?"

thank you for this! still laughing!

Unfortunately, the goyim think Cohen is a boy's name. My 4 year old goes to school with one. What would his mommy do if she found out it's a Jewish last name? Oh yeah: it's a Church preschool.

@Photoquility: I recently learned that Cohen is enjoying some popularity as a girl's name, too. (Not among Jews, obviously.)

Well, maybe Poland is trendy for branding nowadays? Manolo has "Suvalki" and "Lodz" shoes, so Olsens have Polish Cohen :)