« Los DoyersCheers or Jeers? | Main | Names in the News »

MushRex? Isn’t that what you say to a sled dog? 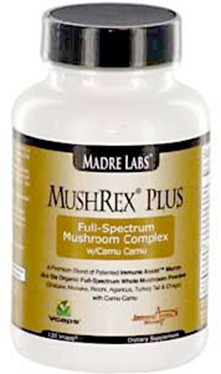 I guess not. According to the manufacturer, it’s called MushRex because it’s an “immune-supportive mushroom complex” that contains

I have no idea how ingesting all those ’shrooms would do a body good. I do know, however, that there appears to be no enticing way to incorporate “mushroom” into a product name. (See my previous posts on Chocorooms and Mega-Mushroom Skin Relief Advanced Face Serum.) Why don’t these companies opt instead for word blends that use myco- (from the Greek word for “fungus”)? It’s elegant, it’s accurate, and it even has “my” in it. 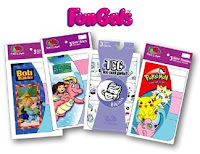 These underpants for girls from Fruit of the Loom have already been nominated for Worst Product Name Ever. As a commenter on the tywkiwdbi blog pointed out, the boys’ equivalent should really be called FunGi. (Thanks to one of my own commenters, Stan, for sharing that info.)

Posted at 06:22 AM in Bad Names, Naming, Pharmaceutical, They Said WHAT???, Underwear | Permalink

The Myco- prefix would be so much better. They should have hired you.

'Fungals'
Ewww!
Reminds me of an old Benny Hill song about a lovelorn gardener (I suppose you could say he'd been ditched) that has a line about "A fungus to remind me of the fun Gus is having with you"
I leave humming "...the rockery's a mockery..."

...And you're lucky that I didn't remember the line "The Fuchsia's gone, I couldn't face the Fuchsia all alone"