So Much “Not So Much”

There’s a lot of “not so much” going around. 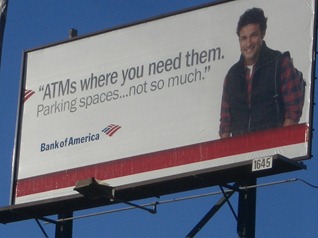 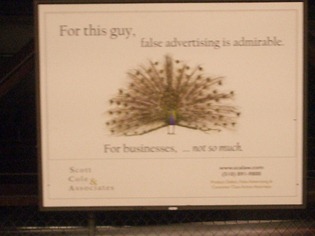 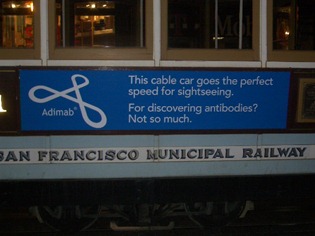 “Not so much” is relatively new in advertising—and especially in ads for industries as traditionally conservative as banking, law, and basic science.1 But “not so much” to mean “not at all”2 has been part of US slang for at least of couple of decades. It’s usually employed as an independent tag, but occasionally shows up as a lead-in to a sentence, as in a Christian Science Monitor headline from last December:

Mortgage relief? Not so much from Obama program.

Where “not so much” came from is anyone’s guess, but how it spread—well, that’s the focus of an entire field of inquiry.

Michael Adams, a lexicographer and editor of the journal American Speech, gives a lot of credit to Buffy the Vampire Slayer, the TV series created by Joss Whedon that ran for seven seasons (1997-2003). Adams is the author of the comprehensive Slayer Slang: A Buffy the Vampire Slayer Lexicon, published in 2003 by no less than the Oxford University Press. In a 2006 interview that appeared in the Chicago Tribune, Adams said “not so much” “sneaked into the vernacular by becoming what linguists call a ‘camouflaged form’ of speech. … It would be very easy for it to migrate, because it would change its meaning just a little bit every time it got used until suddenly it was that dismissive ‘not so much.’"

According to Adams, Buffy was also responsible for the rise of the “much” tag3 (“Morbid much?”), the “über” prefix (“übernerd,” “übersuck,” “überachiever”), the popularity of various suffixes (“guiltapalooza,” “slayage4,” “stiff-upper-lippy”), and the occasional (ir)regular plural  (“nemesises”). Buffy also introduced useful words such as “pointy” (the opposite of “pointless”) and “wiggins” (heebie-jeebies), and gave us the all-purpose putdown “What’s your damage?”

As influential as Buffyspeak may have been, “not so much” actually had an earlier life on Mad About You, where the character Paul (Paul Reiser) used it throughout the show’s 1992-1999 run. A fan site identifies “not so much” as an example of MAYspeak (MAY = Mad About You), and says Paul used “not so much” “to indicate his unwillingness, in the not-liking or not-wanting-to department.” According to one commenter on the Straight Dope message board, Reiser had been using “not so much” with this sense in his solo comedy act in the 1980s. Another Straight Dope commenter suggested that “not so much” originated in a Yiddish expression, but no one could identify that expression.

From stand-up comedy to ironic cult dramedy to scientific advertising: “not so much” has given us so much. Maybe a little too much, in fact. Personally, I’m ready for the billboards to give it a rest.

1 I also discovered a Not So Much Foundation, “a non-partisan, California public benefit corporation” that’s  “[c]ommitted to the preservation and improvements in our nation’s health care system.” Why the name? Not explained.

4 “Slayage” is the name of the journal of the Whedon Studies Association, originally called the Online International Journal of Buffy Studies.

I attributed the rise (if not the invention) of "not so much" to Jon Stewart, who uses it as a frequent gagline.

Nice post. Jon Stewart can say "not so much" at any time. Everyone else should give it a rest.

It is only one of Stewart's annoying mannerisms, along with his seeming desire to get a job offer from Fox News.