« Back to the Backward Brand Names | Main | Word of the Week: Hathos »

Frank Bruni, who writes The Tipsy Diaries for the New York Times, takes a skeptical look today at “Celestial Come-Ons and Other Booze-Selling Ploys,” starting with a spirit that seems to have a spiritual pedigree.

For weeks — months, actually — I could do little more than stare at it, this ostensibly precious nectar with an outrageously precious name.

Angel’s Envy, its makers call it, and they had sent me, as well as other journalists who write about spirits, a sample. Not a bottle: that would have been routine and would have suggested that their creation, a bourbon whiskey put through some unusually elegant paces, could be splashed around wantonly, in large quantities. Instead they packaged the sample in a vial of sorts, corked in the manner of wine. I was reminded of the tiny, gemlike vessel whose quaffable contents bestow youth (and no small measure of agita) upon Meryl Streep and Goldie Hawn in “Death Becomes Her.”

With an infusion of Angel’s Envy, what would become of me? On a recent evening I sipped the serum and experienced ... a whiskey sweeter and smoother than most, and appealing to a point. But its taste left less of an impression than its promotion, reflective of how fanciful, even silly, the marketing of boutique booze has become.

There is, for starters, that name: Angel’s Envy. I’ll try not to type it as often here as I’ve murmured it to myself, chuckling each time at its reach, its sheer celestial hubris. When you call something Angel’s Envy, you’re inviting mockery and sowing the seeds of disappointment, because you’ve basically promised nothing less than liquid rapture: heaven on the rocks.

What were the runner-up names? Zeus Juice? XanaDew? 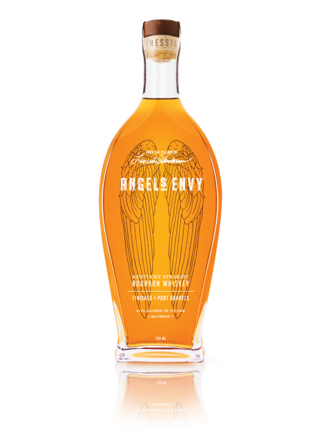 A vodka called Xellent boasts of being made with water from the Titlis glacier in the Swiss Alps. But if you’re partial to the Austrian Alps, worry not. The vodka Puriste uses water from there. Please note the horizontal line over the I on the bottle, and make sure your pronunciation is guided by it. 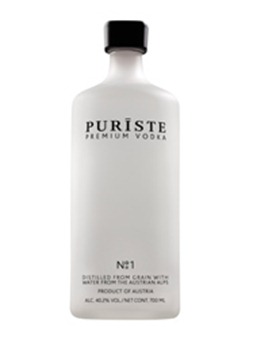 That Puriste logo looked awfully familiar to me. Where had I seen something very, very similar? Oh, yes: 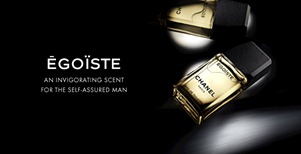 Look! A horizontal line over the E and a dieresis over the I!

XanaDew ! I love it! I enjoyed Bruni's article. Check out the link for Crystal Head Vodka - very pretentious indeed. Made from nothing less than "deep glacial aquifer water" from Newfoundland, and inspired by all that crystal skull mythology. I'd sure like to have one of those neat skull bottles!

When I lived in Germany, I discovered a great selection of fruit teas with names like Pure Lust and Heisse Liebe (Hot Love). It made offering your friends their choice of tea a much more entertaining process...
http://www.teekanne.de/produktwelt/fruechtetee/liebescollection/
(Yes, they were actually sold in that horrific box.)