« Names in the News: Balance Point Divorce Funding | Main | Holidays for the Rest of Us »

Word of the Week: Vanity Card

Vanity card: A logo used by a movie or television production company as a way to brand its production. The vanity card usually appears at the end of the film or TV episode. Also known as a vanity plate, vanity logo or vogo.

The vanity card is generally associated with smaller production companies. Large companies simply have logos, such as MGM’s famous Leo the Lion.

Some vanity cards are artistic; some are intentionally cryptic. The comprehensive Web site TV Tropes includes an alphabetical list of vanity cards (which it calls vanity plates) used by U.S. and U.K. production companies; the Closing Logos Wiki has links to the actual vanity cards, along with explanatory text. (Caveat: Closing Logos Wiki is not the easiest website to navigate.) 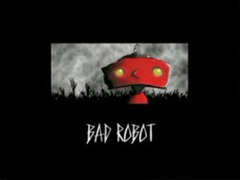 Chuck Lorre, a television writer, director, producer, and composer who has created many long-running sitcoms (including the current Big Bang Theory and Two and a Half Men), is widely regarded as the reigning genius of vanity cards. Here’s how Tom Bissell puts it in “A Simple Medium,” his profile of Lorre published in last week’s New Yorker (paywall):

While he made tea in the kitchen, he asked me to look at the text on the screen of his laptop. I recognized what I was reading as one of Lorre’s vanity cards. Vanity cards are the production-company logos that TV producers flash up onscreen just after the credits have rolled. On the first episode of “Dharma & Greg,” Lorre pushed the name of his company, Chuck Lorre Productions, up to the top of the screen to make room for a message far too long to be read in its brief moment of screen time: “Thank you for videotaping ‘Dharma & Greg’ and freeze-framing on my vanity card. I’d like to take this opportunity to share with you some of my personal beliefs.” An eclectic set of convictions followed—“I believe that Larry was a vastly underrated Stooge”; “I believe my kids are secretly proud of me”—and continued on the card for the next episode, and the next, and the next. Soon, a vanity card announced that Lorre had run out of beliefs, and the texts started to range more widely.

In the twelve years since then, they have included elliptical fictions, rueful musings about his life and the state of the country, and jeremiads against CBS censorship. (Sometimes he relays obscene jokes that he was prevented from using in an episode, and sometimes CBS ends up censoring the card, too, in which case he posts the unexpurgated version on his Web site.) If any single mode predominates among the more than three hundred cards Lorre has written, it is probably the rant, and it is hard not to see these compressed, intense utterances as a rebellion against the constraints of TV writing—moments of id, on the run from the superego of network programming.

UPDATE: Drew’s mention of logophobia (in a comment, below) is worth spotlighting:

Are you familiar with the phenomenon of kids being terrified by vanity cards? It's better documented online than you might expect, and there's even a documentary about the Screen Gems vanity card.

Read Drew’s blog post about vanity cards and logophobia, which includes a link to that eight-minute documentary.

Posted at 06:21 AM in Jargon, Television, Word of the Week | Permalink

Are you familiar with the phenomenon of kids being terrified by vanity cards? It's better documented online than you might expect, and there's even a documentary about the Screen Gems vanity card.

For the record, the Bad Robot card still disturbs me, even after seing it after every episode of Lost and Fringe.