Word of the Week: Bechdel Test 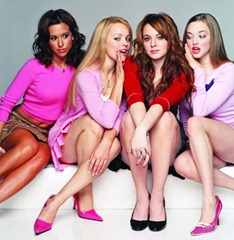 Bechdel Test: A method of evaluating the female presence in movies and television. To pass the Bechdel Test, a film or TV show must (a) have at least two women in it, who (b) talk to each other, about (c) something other than men. Also known as the Bechdel Rule, the Bechdel/Wallace Test, and the Mo Movie Measure.

The Bechdel Test is named for feminist cartoonist Alison Bechdel, creator of the comic strip “Dykes to Watch Out For”  (1983–2008), who introduced the concept in a 1985 strip titled “The Rule.” Bechdel has said that she stole the idea from a friend, Liz Wallace; the character Mo, as in “Mo Movie Measure,” doesn’t appear in “The Rule”—in fact, she wasn’t introduced until 1987—but the name somehow stuck.

The Bechdel Test does not pretend to determine the cinematic merits of a film. Many excellent movies, from Stalag 17 to Das Boot, have no female characters; some mediocrities (Bring It On Again, 27 Dresses, et al.) pass the test with flying colors but probably aren’t worth a free download.

The TV Tropes Wiki*, an invaluable resource for everything television-related, has this to say about the Bechdel Test:

The test is often misunderstood. The requirements are just what they say they are - it doesn't make any difference if, for instance, the male characters the women talk about are their fathers, sons, platonic friends or mortal enemies rather than romantic partners. Conversely, if a work seems to pass, it doesn't matter if male characters are present when the female characters talk, nor does it matter if the women only talk about stereotypically girly topics like shoe shopping - or even relationships, as long as it's not relationships with men.

A video introduction to the Bechdel Test.

An annotated list of movies listed in chronological order from 1900 to 2011 and rated according to the Bechdel Test.

Posted at 06:50 AM in Culture, Eponyms, Film, Television, Word of the Week | Permalink