Word of the Week: Gap-Lash

Gap-lash: The strong negative reaction to Gap’s redesigned logo, which was revealed without fanfare on the retailer’s website October 4. Coined from “Gap” and “backlash.” 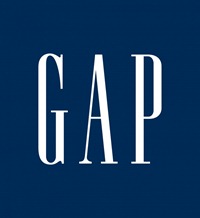 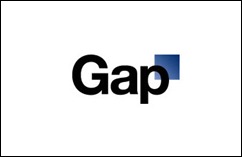 In an October 8 post, the media and gossip website Gawker called the new logo one of “Branding’s Greatest Misses.”

The main problem: Gap just stuck the logo on their website without bothering to tell anyone they were rebranding, or why. The secondary problem: the logo is dumb.

The first appearance of Gap-lash may have been in a headline on the Forbes blog MarketShare. In the accompanying story, reporter Ken Bruno wrote:

Online, consumers are buzzing about the change and are posting gripes on Facebook. “If it isn’t broken, don’t fix it. The original Gap logo is classic and iconic. By changing it.. you’ve completed destroyed what it took 20+ years to build,” one Facebook user says on Gap’s page on the social networking site. One website lets visitors design their own “New Gap” logo. A parody Twitter account has also surfaced – @GapLogo.

Although many observers complained that the new logo look amateurish, it was in fact designed by Gap’s longtime design agency, Laird + Partners. The logo has drawn criticism from sources as diverse as the Harvard Business Review (“Like most companies, the Gap just doesn’t understand the game-changing power of design”), Fast Company (“a total Gap in understanding what branding is all about”), Your Logo Makes Me Barf (“New Gap Logo Is a Box of Fail”), and the AdWeek blog AdFreak  (“[M]aybe it’s intentionally shitty?”)

That last comment was provoked by a post on Gap’s Facebook page that chirped, “We know this logo created a lot of buzz and we’re thrilled to see passionate debates unfolding! So much so we’re asking you to share your designs. We love our version, but we’d like to see other ideas. Stay tuned for details in the next few days on this crowd sourcing project.”

Commenters swiftly piled on: “Exactly WHO gave input on the new logo? Chimps?” “What do crowds know? theyre [sic] mindless sheep! youre [sic] a brand leader, SO LEAD!” “Good graphic designers don't work for free. They understand the value of what good design can do for your business.”

One of the more eloquent responses came from Mike Monteiro, a principal at Mule Design in San Francisco, in his agency's blog. “Dear Gap, I have your new logo,” the post began.

It draws on the deep history of the brand and evokes the simple understated elegance that the world has come to expect from The Gap. But it also reaches forward. It provides hope and just the right amount of desperate desire and anxiety brought on by fear of loneliness that the Twitter demographic wants. (Yes, men in their mid-30’s.) . . .

So as much as I’d like to just show you the greatest logo I’ve ever made for anyone . . . I’d like to be properly compensated for it. Because I put a lot of time and effort into it. And it’s how I earn my living. . . .

And for the sake of full disclosure I should let you know that I’ve also frequently shopped at your stores. You sell good stuff. But never in my experience has any of your employees offered me a free pair of pants because the ones I was wearing looked bad. I wouldn’t expect them to. Their job is to sell me clothes.

My job is to sell design.

I believe we understand each other. I anxiously await your call and look forward to negotiating a fair value for the greatest logo on Earth.

Other terms newly coined to describe the logo controversy have included Gapocalypse and Gapgate. I’ve written previously about the popularity of –alypse as a combining suffix (see Word of the Week: Inaugalypse). As for –gate compounds, they’ve proliferated ever since “Watergate” became a metaphor for “scandal” in the early 1970s. For a long list of –gate scandals (not yet updated to include Gapgate), see this Wikipedia entry.

And for some perspective, see AdFreak’s compilation of 30 other corporate logo redesigns.

UPDATE 2: In a Facebook update posted late on the afternoon of October 11, Gap announced that it would be scrapping the new logo, effective immediately. The press release reads in part:

We’ve learned a lot in this process. And we are clear that we did not go about this in the right way. We recognize that we missed the opportunity to engage with the online community.  This wasn’t the right project at the right time for crowd sourcing.

Posted at 06:51 AM in Branding, Design, Retail, Word of the Week | Permalink

“We know this logo created a lot of buzz and we’re thrilled to see passionate debates unfolding! So much so we’re asking you to share your designs. We love our version, but we’d like to see other ideas. Stay tuned for details in the next few days on this crowd sourcing project.”

Wow. What an unmitigated string of BS. Nice way to spin "Our logo created an unexpected amount of backlash, and now we're scrambling to turn around a PR disaster by asking you to do our work for us."

I note they've now dropped the new design.
One could argue that to do what they've done brought their logo to the attention of a lot of people. Perhaps that was their aim?

My observation on this subject is that all great long-lived logos (Ford, Boots and Coca Cola particularly spring to mind) probably start out being trendy, then go through a phase when they look dated. The temptation then is to change the logo -- which is the point I suspect GAP is at. However those that succumb to that temptation are embarking on a path that will require updates for ever more.

On the other hand, if a company can resist the temptation to 'refresh', then after a brief period of looking old-fashioned the logo will achieve, first, an attractive retro look and then, ultimately, a distinctive classic timelessness that is unassailable.

So, have the bottle to hang on, GAP.

Yow! Gapocalypse! That might be overstating things just a tad, wouldn't you say?

I love the AdFreak comment, though - reminds me of a rejection letter I got for one of my band's demo tapes a few years back:

"I rec'd your demo tape. I must be very honest that I don't like it at all. I guess it's supposed to be intentionally bad?"

Well, no, pal, it wasn't, but thanks for writing me back.

The Gap will now test the old adage, "There's no such thing as bad publicity."

I thought the old logo was a very skilled example of taking a pop, "flip" word and, via consistent usage, good type and color choice, and dogged reiteration, making it seem like a classic, established, old-school brand. The new one looks like nothing so much as a 1999 tech company that's about to disappear with your stock options.

Reset it in CRACKHOUSE. It will have that classic 90s EDGY feel!