The Return of Oddly Named Shoes!

I’m willing to endure a lot for a great pair of shoes, but an odd style name can be a deal-breaker.

Consider this riding-style boot from Aquatalia, whose original retail price was about $500. 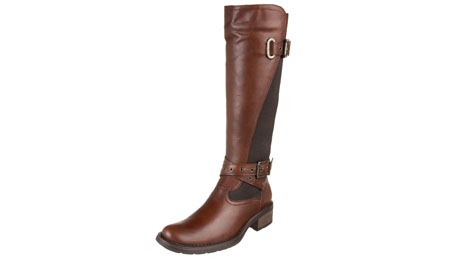 I love this boot. It makes me smile. Even grin. It does not, however, make me smirk. Yet Smirk—“to smile in an affected, often offensively self-satisfied manner”—is what Aquatalia named it.

This trail-running shoe from North Face gets mixed customer reviews at Sierra Trading Post, which doesn’t surprise me, because it's called Purgatory. 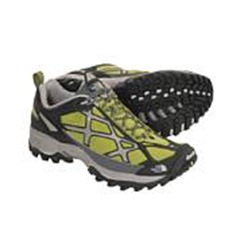 Those daredevils at North Face may have been inspired by the mountain in Colorado. Still, I have enough foot problems without my footwear proclaiming to be “a place or condition of suffering, expiation, or remorse.”

Then there’s this comfy-looking slide made by Gentle Souls, a division of Kenneth Cole.

So why, pray, is it called Golum?

I’m not sure whether the name is a misspelling of the Lord of the Rings character (named Gollum because he made “a horrible swallowing noise in his throat”) or the golem of Jewish folklore, a sort of Frankenstein’s monster. (In Hebrew, golem means “shapeless mass.”) Either way . . . yeccch.

LOL!! I happen to think "Purgatory" is a PERFECTLY LOGICAL name for a running shoe.

Well, I've certainly had some shoes that felt like purgatory -- but I definitely wouldn't buy them for that reason.