Consider the business name Pubmission. If I told you nothing else about it, what would you imagine the business to be? 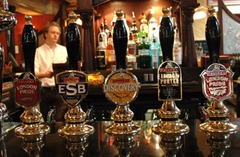 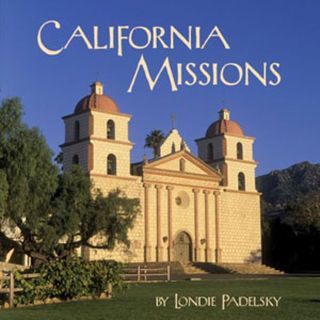 That’s where my imagination went, anyway.

In fact, Pubmission has nothing to do with English taverns and 18th-century Spanish outposts. It’s a website that “digitizes the slush pile and matches writers with publishing professionals.” According to Publishing Perspectives, a news and opinion site, Pubmission is intended to be used by editors and agents—“anyone with a slush pile,” says owner Wolf Hoelscher—as well as by authors seeking publication.

So Pubmission is a portmanteau of “publication” or “publishing” and “submission,” as far as I can deduce. If you’re an author, an editor, or an agent, that meaning probably shouldered itself to the front of the line in your brain, far ahead of any associations with British pubs, Mission-style furniture, or public commissions. (Or emissions, for that matter.) You were already thinking about publishing and submissions, and “Pubmission” clicked.

My point is that context matters in naming. It can create some useful limits within which to start your name exploration. If your product or service has a niche market with a specialized vocabulary, you might consider using that vocabulary in your name to establish credibility and connection with your audience.

For example, University of California librarians didn’t need to be told the etymology behind Melvyl, the name of UC’s online library system: They recognized the name of Melvil Dewey, father of the Dewey Decimal System. Dewey’s first name is obscure to us laypeople, but that’s OK with librarians. They probably appreciate being spoken to in a sort of code.

Now, I don’t think “Pubmission” is a great name. It has that computer-generated, one-from-column-A-one-from-column-B look. It’s forced and unnatural-sounding, and it doesn’t communicate a benefit. But to its target market, it has the virtue of conveying a valuable sliver of meaning. In context, it’s a not-too-bad name, and sometimes—at least while you’re still in beta, working out the bugs—not-too-bad can be good enough.

Speaking of slush piles, Slush Pile Hell gives you some insight into why the submission process deserves to be digitized. Hat tip: Karen.

Posted at 10:55 AM in Books, Context, Naming, Portmanteaus | Permalink

Context is indeed everything. I work in Intellectual Property law, and Pubmission immediately suggested a site or company that hooks people who want to permission to republish something, with the copyright owners.

How good is a mark, then, if it comes close to being all things to all people?

hmmm.. "matches writers with publishing professionals".. my first thought was "publishity" as in publish+publicity.

If I'm not mistaken, there's another digital submission program called "submishmash." Not much better.

While I understand you are an expert on words, business names are really the apex of a marketing strategy, not filled with meaning but triggers for ad campaigns, logo visual memories, and soundbites. They are chosen to be abstract but interesting or to create actual context and hold conventional meaning. I think pubmission and submishmash are along the abstract but interesting line. Names like Submission Manager are clearly of the other type. There's plenty of MBA's debating which is better. Clearly both types have proven successful. Your complaint that business names don't follow the rules of literary wordsmithing, or lexical meaning is just odd I think. It's like complaining that someone is named 'Tom' because it doesn't describe them.

Videopoet: "Literary wordsmithing"? I'm not sure where you got that. I'm not a creative writer; I'm a professional name developer who's worked in verbal branding for more than 20 years. I'm well aware of the difference between descriptive, arbitrary, and fanciful names, and have written extensively about the spectrum of distinctiveness. I critique names according to several criteria: sound, spelling, meaning, brand positioning, trademark, etc. I certainly don't award points for descriptiveness, which would disqualify a brand name from trademark protection.

With all due respect to MBAs, verbal branding--a combination of applied linguistics and marketing--isn't covered in the b-school syllabus. My clients are mostly MBAs (as well as engineers and scientists).