« Word of the Week: Anarthrous | Main | Likelihood of Confusion?* »

The Sum of Its Parts?

Quick quiz: What do you think GloSmart does?

The "smart" part of the name is easy; it's the "Glo-" that may be harder to agree on. Chances are, though, that you thought of something like this: 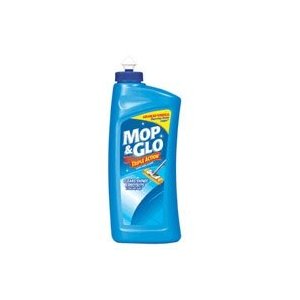 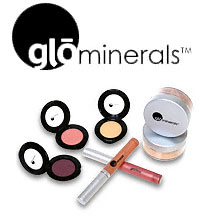 In both of these examples, "glo" means "glow." Indeed, the U.S. trademark database is full of glo-for-glow marks: Miraglo, Heat & Glo, Safety Glo, Orange Glo, Glo Brite, and so on.

Not so fast, though. GloSmart is a different story.

GloSmart's tagline is "Raise Global and Smart Kids,"* which means we're being asked to accept "glo" as a stand-in for "global." Did you see that coming? I certainly didn't.

(A separate problem: the "glosmart" URL can be read as "Gloss Mart." Does this company sell lipgloss?)

Creating words from word parts is a good warm-up exercise when you're beginning to develop names. Unfortunately, the results are often awkward or overly descriptive—or in the case of GloSmart, misleading. To see what I mean, take a look at automated name generators, which work on this principle. For example, WordMaker, which I critiqued in a 2007 post (and which delivers minimal value for your $199 investment), will take aromatic and candy and create aromandy, which I'll bet you could have done for about ten cents. (As a name, it's worth even less than that.)

Because they're computer algorithms, and thus incapable of lateral, indirect thinking, name generators work like assembly-line robots, manufacturing names from word parts. A prefix here, a suffix there, click "enter," and voilà: a new word that may or may not (a) sound good (b) be legally available or (c) convey the appropriate meaning.

The reason for (c)? English-language word parts come from multiple sources (Greek, Latin, and German, for example),  may have multiple meanings, and can create words with wildly varying meanings.

For example, you may have created a search engine that scours the Internet for retail bargains. You may think of your offering as a "frugal utopia." But if you name it Frutopia, your customers are at least as likely to see "fruit" as they are to see "frugal" in that first syllable. "Fru-" simply isn't associated, linguistically or culturally, with "frugal" the way it is with "fruit."

So go ahead and play with word parts when you're starting your naming project. But don't stop there. In a future post, I'll cover some effective alternatives to word-part assembly.

* Spelling out the meaning in the tagline may seem like a good idea, but from a trademark perspective it's iffy. The more descriptive your name, the weaker your legal protection.

Posted at 11:42 AM in Confusion, Domains, Generators, Naming, Words | Permalink

And look at that shine! (Sorry, couldn't resist.)

I also don't like the "and" in "global and smart kids" -- a comma would make more sense.

What is a "global and smart kid" anyway? An army brat whose family moves to a different country every few years but who still manages to get good grades? Or do they mean a "globally smart kid", a little Leonardo, able to tackle with equal ease questions about non-Euclidean mathematics, pre-Columbian Meso-American art, microbiological computer modeling, and the sociology of human trafficking? Can we at least hope for a kid who can write a comprehensible meaningful sentence?