« Word of the Week: Yarn Bombing | Main | The Clichés of Cancer »

North Americans may be getting wider, but our logos are headed in the opposite direction: narrow and vertical. The trend is especially evident among cultural institutions. 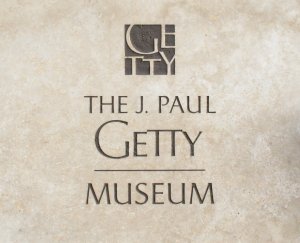 Note the squished-up GETTY against the black background.

Here in my own area code, the Oakland Museum redesigned its logo in conjunction with a major overhaul of the galleries. (The museum has been closed since late August and will reopen May 1.) 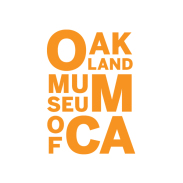 See the former identity here. From even further back, I remember a pre-CA Oakland Museum; I still own an "OM" T-shirt from that era.

Museums aren't the only organizations opting for an anorexic image. Below right is the new logo of the public-radio show This American Life, juxtaposed with the old logo.

Those images come from Brand New, which asks: "For a show that focuses on the commonalities of American lives, why divide ‘American’ into two words?"

Here's a tall-and-skinny logo that appears to have undergone liposuction:

An extreme example of the compression trend, from Griffin Theater Company, Sydney.

Before-and-after images from Brand New, which points out that the new typeface is a monospace font: each character is given the same amount of space.

Tempting as it is to put a sociocultural gloss on this trend—recessionary squeeze? do more with less?— Tall and Skinny is probably just one of those fads that sweep the design community every decade or so. Back in the early 2000s, every third logo seemed to feature a tilted ellipse. (See, for example, the Gore-Lieberman campaign logo.) This time around, is it reaching too much to speculate that the King Tut exhibit, currently on tour, has inspired a revival of interest in Egyptian cartouches?

About time. For years I've battled to cope with thin, wide logos that don't work on a TV screen because they can never be big and bold. I have always put it down to the fact that graphic artists never consider a logo's use on TV.

I don't think it's reaching too much. In fact I think the comparison is brilliant. Unfortunately the modern designers seemed to have been affected by a huge dose of "The Curse" rather than any ancient graphic sense.Let's hope that a Rosetta Stone is found.

Let's hope the Griffin Theater Company approach does NOT catch on. It's far to difficult to read the thing vertically. I'm sure someone thought "Gee, this is different, therefore it's cool!" Wrong. It's unreadable.

I'm pretty sure I'd be calling the Griffin Theatre Company Fap, Rho, Irn, or Ney, if I ever had occasion to mention it. I'd choose whichever wordlike three-letter combo appealed to me at any given time. Right now I like Fap best.

I'm a little late in the conversation here, but is it too simplistic to point out that such a logo fits better in most online advertising? Think Facebook profile pic or even emails with vertical previews... I'm leaning towards thinking it may be a response to clients not wanting to create a handful of same style logos in different shapes for different media...just a thought.