Restaurant Names: The SHO Must Go 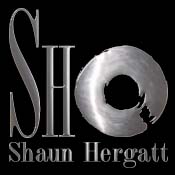 When the reviewers single out your restaurant's name for criticism before they get to the food, it's time to rethink the marketing strategy.

From the lead paragraph of a Tables for Two review in the September 12 New Yorker:

Having dinner at SHO Shaun Hergatt is almost a painful experience. It’s not that the food is so bad (in fact, it’s very, very good), or that it’s extraordinarily expensive (three courses for sixty-nine dollars), but, rather, that every other aspect of the undertaking is fraught with awkwardness. First, there’s the name—better to pick another place than to have to mutter those clunky syllables on the phone to a date. ...

SHO Shaun Hergatt is on the second floor of a condominium tower, but it’s hard to shake the feeling that a group of executives in some luxury hotel group’s headquarters dreamed up the whole enterprise, down to the un-mellifluous corporate name. Shaun Hergatt is the chef. It’s less clear who SHO is, or how he or she earned those capital letters.

Back in June, New York Journal, on online publication, provided some insights but awarded no stars for the name:

Then there’s the name. Shaun Hergatt is a fine chef, but he doesn’t have a New York footprint: his last outing here was as Gabriel Kreuther’s deputy at Atelier. The obscure Big O in “SHO” is the logo for the Setai, a $154 million, 166-unit condo conversion on Broad Street, just steps away from the stock exchange, where apartments are priced between $815,000 and $4,425,000.

Emphasis added in all cases.

In general, naming a restaurant after its chef is a risky gambit. It's celebrity worship disguised as branding; it speaks volumes about the chef's ego and very little about the customer experience. And what happens when that chef decides to pack up his whisks and mandolines—as star chefs are wont to do—and move on?

The food at SHO Shaun Hargatt looks pretty, though.

Posted at 10:41 AM in Bad Names, Marketing, Naming, Restaurants | Permalink

After viewing the decor on the sites provided I wholeheartedly agree with Lauren and Wells. The atmosphere of the room should match the purpose of the room IMO. At SHO it seems one doesn't know whether to eat, sleep,bathe or die.
As far as the name goes, if the O were a plate of spaghetti or at least a wok with a tag line," It's SHO Time!" maybe it wouldn't be so bad.